(So why the boxer image? Read on to find out!)

Plus, I’m so happy to introduce readers to another International Thriller Writer Debut Author. 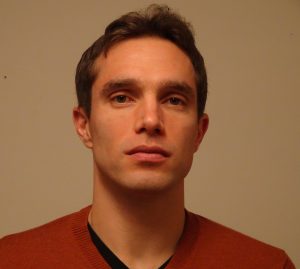 Born in Durban, South Africa, David Albertyn immigrated to Canada with his family when he was ten years old. Since 2005, Albertyn has been a competitive tennis player and coach.

A graduate of Queen’s University and the Humber School for Writers, Albertyn lives in Toronto. Undercard is his first novel.

Set over the course of twenty-four exhilarating hours, Undercard, is the story of four childhood friends, now in their early thirties, unexpectedly reunited by a high-profile prizefight in a Las Vegas casino … and an even higher-profile murder.

The Reef, an aquarium-themed casino and the hottest resort on the Strip, is the backdrop for this bullet-paced narrative, where loyalty to one’s friends, one’s family, and one’s community are ever at odds, and every choice has deadly repercussions.

To buy the book, click on the links here. House of Anansi Press, Amazon.ca, and Indigo.ca

My publishing journey was a tough one. I wrote two manuscripts before Undercard, and with both I was unable to find a publisher. The first was an insanely ambitious epic that I wrote for ten years, and then when I finally thought it was ready for publication, no one wanted it. I thought, “That was a good use of my twenties.” Could’ve had a bit more fun instead of spending all my time writing an unpublishable book. But of course the effort developed my skills tremendously, laying the foundation for my breakthrough with Undercard. 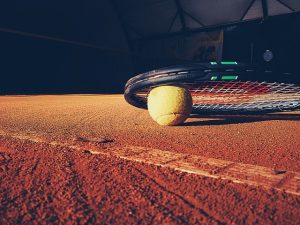 I actually found my agent through tennis, and an unbelievable stroke of luck. At that point, coaching tennis had been my day job since graduating university, nine years prior, and up until then I’d had no luck with agents or editors. I couldn’t get any of them to read my work fully; I couldn’t get a meeting with any of them; after all my struggles I still had basically zero connections.

I had accepted that my first book wasn’t getting sold, and I had just finished my second novel, which happened to be a darkly humorous, sordid story set in a tennis club, when, through my own tennis, I randomly met a good player who was involved in the film industry. As always in those days, whenever I met someone involved in arts and entertainment, I told him I was an aspiring writer and trying to get published.

He said he was close with the chairman of the largest literary agency in Canada, “and the guy loves tennis. I’ll set up a doubles match for us.” I thought, no way. No way is this for real. I’ve just written a book with tennis as its central theme, I’m currently better at tennis than ever before (I grew up running track and field then switched from the track team to the tennis team at the end of university, and had steadily improved competitively since then), and one of the top agents in this country loves tennis and wants to play tennis with me? After all the dead ends I had hit, it was just too good to be true. I thought, this has to be a prank or something.

But I met him, we played tennis, I gave him a copy of my tennis novel (always have a hard copy of your manuscript with you if you’re meeting anyone in the publishing industry), and two weeks later he said he would represent me. We didn’t sell that tennis novel, but the next book I wrote was Undercard, and we sold that one right away.

Of all the bites I had with my first manuscript, the greatest interest was from an editor at one of the major publishing houses in New York. After she read the first 50 pages and requested the full manuscript, she asked what next I was working on. I told her about the tennis book, and she explained that you want to build a brand, and that my next book should be another high-octane thriller, like the first one: “the same but different,” an adage I’ve since heard over and over. She explained to me that what she responded to the most in my novel was the relationship between the principal characters, two young men, and she’d like to see a similar focus in my next book. 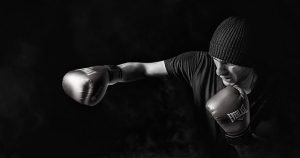 Having this as my starting point, I wanted to write a story about people who were very close growing up, but now, as estranged adults, all their motivations conflict with one another. How they navigate these tensions would be the substance of the book. Next, I wanted my four principal characters to be athletes, each in different sports, as it’s terrain I’m familiar with. I then chose Vegas as the setting, and as soon as I did, with a sports theme already established, I knew that boxing would play a significant role in the story. And from there it grew.

I have begun research on a new thriller, set in the Arctic, which will have the same style and vibe as Undercard, but will be a completely separate story. But I am also rewriting that tennis novel, as I’ve had lots of ideas to expand and enhance it. Sex, humour, violence … and tennis. What more could you want in a story?

Thanks for hanging out with us David! Best of luck with your debut novel.

Tennis photo: On Pixabay. Click here for the link.

Boxing photo: On Pixabay. Click here for the link.