This week I’m hosting the amazing Dana Chamblee Carpenter. Her cross-genre Bohemian Trilogy has won multiple awards, as has her short fiction. She’s here to celebrate the launch of the third installment, Book of the Just. Welcome Dana!

Dana Chamblee Carpenter: In addition to the Bohemian Trilogy, Carpenter’s award winning short fiction has  appeared in The Arkansas Review, Jersey Devil Press, Maypop, and, most recently in the anthologies, Dead Ends: Stories from the Gothic South, and Killer Nashville Noir: Cold Blooded.

An Arkansas native, Carpenter received her Ph.D. in English from the University of Mississippi. Though initially lured by the pragmatic academic world, Carpenter secretly nurtured her dream of writing stories, and, once the dust had settled on the dissertation, she gave herself over to what she’d known since she was a child—she was meant to be a storyteller.

She currently teaches creative writing and American Literature at a university in Nashville, TN, where she lives with her husband and two children, who are desperately trying to turn the house into a model of Luna Lovegood’s eccentric home with glass beads and bells and little figures nestled into every nook and cranny. Hopefully there aren’t any exploding dragon horns. 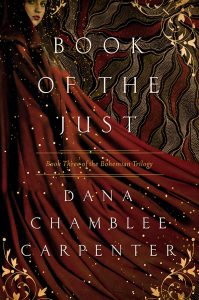 Your latest novel, Book of the Just, is book three of your Bohemian Trilogy. Does this mean you are finished with these characters? Or can we anticipate seeing more of them?

I was waiting for someone to ask me this! No, we’re not done with Mouse (or some of the other characters) at all. I already have two books started that give us an idea of what Mouse was up to in that 700-year gap between Bohemian Gospel and The Devil’s Bible. (We go looking for what we can discover about Mouse’s mom in one of them.)

And though I did think I was done with any stories that would come after Book of the Just, the very night I finished the first draft, one of the characters we meet in this novel started whispering in my ear. But I’ve got another couple of books I need to finish before I can go back into Mouse’s world. There’s just not enough time!

Your novels span fantasy, mystery, historical fiction, literary … thriller … how would you characterize your work? How did you come up with such an evocative blend? 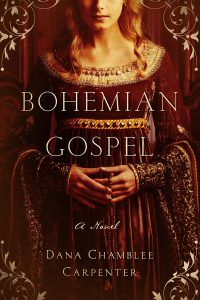 I write what I love to read, and I read almost everything. I find I am especially drawn to books that don’t color inside the lines of genre too carefully. I like a dose of magic or a thrill in my historical fiction. I want the beautiful words of literary works to also sweep me away with story—mystery or magic. I want fantasy that’s grounded in reality.

I like to think of my novels as genre-defiant. Publishers think readers want the same thing, time after time, but I think readers want the familiar presented to them in unfamiliar ways OR something unfamiliar couched inside their usual expectations, something that shakes up the familiar a bit. I’ve been rewarded to hear from readers who picked up Bohemian Gospel thinking it was straight historical fiction and who were surprised to find the paranormal in there, too.

They loved it. Likewise, lots of fantasy readers who thought they’d never want to read historical fiction have fallen in love with the rich, historical detail. I think most of us understand that life’s not neat and tidy and something we can easily label and put on a shelf—or at least don’t want life to be that way. I don’t think we want our novels that way either.

Research plays a huge role in your work. What is your process like? How much do you use research for inspiration and how much do you include as factually as you can?

I’m always following where the character leads. If I start with the research, it smothers the story and strangles the characters, so I let them take me where they need to go. When the characters show me some place or time that’s new to me, that’s when I start researching. I run down more than a fair share of research rabbit holes, but it all fires my imagination and colors the tone and backdrop of the story even if it doesn’t make it more directly into the book. I have SO many details stored away in my head that never see the printed page. 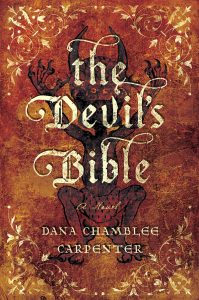 As you say, accuracy is the goal that drives my research. With Bohemian Gospel, I wanted to reflect the complex culture of the time and place, and I felt a responsibility to get the historical figures as “right” as I could. But I actually felt more pressure researching for Book of the Just. When we start, Mouse is hanging out with the indigenous people of Australia, learning their culture and the stories of the Dreaming.

Not only did I want to be accurate, but I also wanted to be sure that I handled the material respectfully—careful to use the Martu language to recount the storylines of the Dreaming and to only tell the parts that they had publicly shared (many of their stories are meant only for their particular group or family, though researchers over the years have co-opted the stories).

I know I’m going to make mistakes in the writing—heck, if Eudora Welty gets called on putting the moon in the wrong place on a specific night, I know I’m in for my share of “gotchas.” But I try my best to get the important things right.

Short stories and novels are similar in many ways and yet so different in others. How does the process of writing differ for you between the two? What are the pros and cons for writers working with both?

Oh my, you are SO right. I find short stories to be much more difficult to write, but the constraints of shaping a complete arc in such a short span really makes me hone my skills so I keep working at them. Short stories force the writer to be efficient, to make a word or action or dialogue do more than one thing at a time. That efficiency can really be helpful in writing a novel, too, but most of us don’t do it because we have the space and time to meander more lazily. I also find that I focus more on story/plot in short fiction. In a longer work, I can let the characters drive the action and show me where we’re headed, but in a short story I feel like I’m always telling them to hurry up!

If you could live at any time in the past, when/where would it be and why.

I always thought it would be Arthurian times in Ireland or Scotland because I grew up devouring stories about that era—though I’m pretty sure I’d want to be a dude if I lived then. No princesses for me. I’d like to be a druid.

But something a little uncanny happened when I was researching 13th Century Bohemia—I felt like I’d come home, like I was rediscovering a place rather than learning about it for the first time. As far as I know, my ancestors were all French and Irish with some plain working-class English blokes tossed in the mix, but I felt haunted by Bohemia. I’d still want to be a dude. I’d like to fight for the just causes Ottakar II took up in his day. 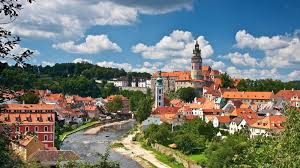 I’m doing a first set of revisions on book one of a new series that focuses on a family with seven girls, all of whom are witches but one. They live in the Mississippi Delta in the 1920s at the time of the great flood when the river broke through the levees. It’s Southern and gothic and full of a bunch of don’t-mess-with-me-or-mine sisters.

Don’t quit. You’re going to want to some days. I do. You’re going to hear voices of doubt in your head that tell you you’re no good, that you’re a fraud. I do—even after three novels, awards, and published short stories. Some days your words will come fast and furious and will be satisfying and good. Some days the blank screen will mock you. Or your day, eaten by all the other obligations in your life, will taunt you. You’ll think about how easy it would be to give it up. Don’t do it. Don’t quit. Breathe a bit. Fill your well with something childlike and fun. Then turn back to your characters, and let them whisper their stories to you.

Thank you for hanging out with us!

Looking forward to seeing what happens next for you and your marvelous characters.

All We Buried by Elena Taylor/Review by Sheila Sobel -

There’s a new sheriff in town and her name is Elizabeth “Bet” Rivers. Born and raised in Collier, Bet left the cozy, close-knit Washington community...
View on Facebook
·Share

Independent Bookstores are open for business! They need your support and can provide you contact-less sales and great, personalized service. ... See MoreSee Less

We're still here! We are closed for browsing but we are mailing books and doing home delivery. We will start offering curbside pickup for pre-orders only on Friday, May 8 from 11-3. More details on curbside to come.
View on Facebook
·Share

Cynthia Kuhn launches the fifth in her award winning Lila Maclean Academic Mystery Series. This may be her best novel yet!
View on Facebook
·Share

This made my day! ... See MoreSee Less

Small-town sheriff Bet Rivers has big city dreams. Having spent some time as a cop on the streets of LA, coming home made her hometown seem small and boring in comparison. That is, until she finds herself at the head of a murder investigation, her first. She had plans in the city, moving up in the r...
View on Facebook
·Share