Crime novel inspired by true events — that’s something I love to read! Learn more about Steven T Callan’s debut mystery, inspired by events in his childhood.

The Case of the Missing Game Warden 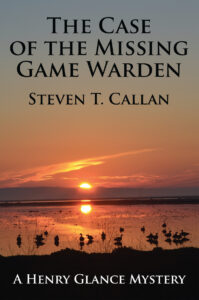 Veteran Northern California game warden Norman Bettis and his wife, Martha, lived an idyllic life in the small Sacramento Valley farm town of Gridley. On the morning of December 13, 1956, Norman kissed Martha on the forehead and drove off to work. He had no way of knowing he was destined to stumble into a rat’s nest of commercial duck poachers and disappear–patrol car and all.

Three years later, a gifted eleven-year-old named Henry Glance confronts two goose poachers near the Southern California town of Temecula, preventing them from leaving before game warden Ned McCullough arrives. Impressed with the brave young man and his compassion for wildlife, McCullough suggests he become a game warden when he grows up. He also shares the story of Warden Bettis’s strange disappearance.

While conducting a number of classic wildlife investigations and honing his skills, Glance remains obsessed with his predecessor’s untimely demise. Unfazed by a mountain of obstacles and determined to succeed where so many others had failed, Henry sets out on an adventure-filled quest to find the missing game warden and solve the thirteen- year-old mystery of his disappearance.

To purchase the book, click on any of the following links: Amazon – Barnes and Noble – IndieBound – Full List of Locations for Purchase

You have written nonfiction books about your experiences as a game warden. Now you’re launching your first novel, The Case of the Missing Game Warden. How does writing fiction compare to writing nonfiction? Easier, harder, or just different?

My love of nature drives my writing. Whether it’s fiction or nonfiction, you’ll find a conservation message in everything I write.

My first two books, Badges, Bears, and Eagles—The True-Life Adventures of a California Fish and Game Warden and The Game Warden’s Son, are nonfiction books, about actual cases and events. My memory, knowledge, and experience proved invaluable in the writing of these books, but I also relied on arrest reports, transcripts, documents, photographs, and, in some instances, accounts from other officers as references.

My upcoming book, The Case of the Missing Game Warden, is a book of fiction.

I still did a great deal of research but relied on my imagination and a lifetime of knowledge and experience to create the story and its characters. The roots of that knowledge and experience can be traced back to my childhood, when my father, a California Fish and Game warden, moved our family to the small Sacramento Valley farming community of Orland.

I had a ball writing fiction—given the freedom to create characters and events and adjust them to my liking was a new and exciting experience. The story had to be realistic and credible, but I was not bound by existing facts— fiction allowed me to create my own facts.

When I discussed existing places and events, I had to make sure their descriptions were accurate and they fit into my timeline.

What should readers know about the environments where you set your mystery? 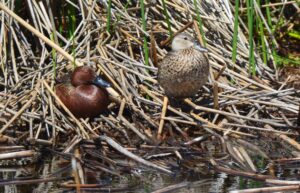 My upbringing in the 1960s and my passion for waterfowl inspired me to choose the rice fields of the Sacramento Valley as the principal setting for The Case of the Missing Game Warden.

My parents decided they wanted to raise their three boys in a small town, so our family had moved to the farming community of Orland. From that day forward, I never missed an opportunity to ride on patrol with my father.

Soon after moving to Northern California, he gave me a copy of Francis Kortright’s classic, The Ducks, Geese and Swans of North America, and I had become fascinated with waterfowl— so much so that at age fourteen I could identify just about every duck and goose in North America.

That was the year I helped my father and two fellow game wardens capture a band of commercial duck poachers late one night in the rice fields of Glenn County.

Your work as a game warden led you on many complex investigations, how did that experience help you learn to plot a mystery?

In many ways, the plot in The Case of the Missing Game Warden resembles major investigations I conducted during my career. One such investigation is described in Badges, Bears, and Eagles (“The Eagle Case”).

Early on the morning of February 15, 1985, a black garbage bag was found at the gate of the California Department of Fish and Game’s Redding office. Inside the bag was a dead bald eagle—a fully protected species—with fresh blood dripping from its nostrils. A handwritten note was attached to the eagle’s leg, with a message threatening the life of one of the wardens I supervised.

“I don’t know what you’re going to be able to do with this,” said my captain, believing there was no way to make a case, “but do what you can.”

Before I completed the eagle investigation one year later, it involved the Smithsonian Institute in Washington, D.C., The San Francisco Homicide Forensics Unit, and the FBI.

What’s something that would surprise most people about the work of a game warden? 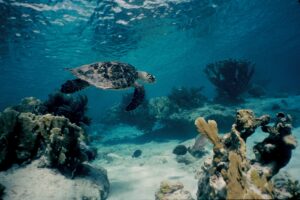 One of the reasons I began writing was to show my readers what a game warden’s job is really all about.

California Fish and Wildlife (game) wardens possess more enforcement authority than any peace officers in the state. They are empowered to enforce state laws and local ordinances anywhere in California.

They are also deputized by the U.S. Fish and Wildlife Service to enforce Title 50 of the Code of Federal Regulations in states bordering California.

Far from being glorified fishing-license checkers, California wardens and warden supervisors are wildlife detectives. They investigate crimes involving the pollution of state waters—inland and at sea,  illegal stream alterations, the take and possession California’s fish and wildlife, the importation and possession of exotic wildlife, native plants, commercial fishing operations, and just about any offense that involves  California’s natural resources.

As a patrol lieutenant, I not only supervised wardens and investigated crimes, I also maintained relationships with prosecutors, judges, and other enforcement agencies; wrote search warrants; testified in court; and initiated special projects such as the three-year undercover investigation into the killing of California black bears for their gallbladders—described in Badges, Bears, and Eagles.

It’s not all about catching bad guys—one of my proudest accomplishments was organizing and leading a campaign to save Lake Mathews, home to the largest concentration of wintering bald eagles in Southern California.

You were inducted in the National Senior Softball Hall of Fame. What do you love about the game?

I’ve been playing competitive softball for most of my adult life. Since age fifty, I’ve played on a number of national championship Senior Softball teams and traveled to tournaments all over the United States.

For many years, it was the excitement of competition that I loved the most. As I grew older, it became the camaraderie. Those lifelong friendships are really what it’s all about.

I recently completed the first draft of my second novel in the Henry Glance series, and I’m excited about it. I also hope to have time to pursue three of my other passions: wildlife photography, underwater photography, and painting.

I write because of my passion for nature. Whatever your passion, you’ll need to develop a strict daily routine if your goal is to write a book.

It’s hard work and requires a great deal of perseverance, time, and effort. If you get hooked, like I did, you’ll find yourself sitting in front of the computer every morning at five o’clock.

Above all, write for yourself, and read, read, read!

Thank you so much, Elena, for inviting me to your blog. I had a great time!

Great to have you back! I look forward to your next visit with the launch of your second novel! 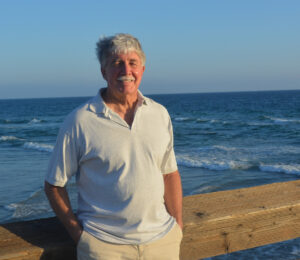 Steven T Callan is the award-winning author of The Game Warden’s Son, named “Best Outdoor Book of 2016” by the Outdoor Writers Association of California and published by Coffeetown Press of Seattle. His debut book, Badges, Bears, and Eagles—The True-Life Adventures of a California Fish and Game Warden, was a 2013 “Book of the Year” award finalist (ForeWord Reviews).

Callan is the recipient of the 2014, 2015, and 2016 “Best Outdoor Magazine Column” awards from the Outdoor Writers Association of California. The author is an active member of Mystery Writers of America, Western Writers of America, Outdoor Writers Association of California, and Redding Writers Forum. He is currently writing his next novel in the Henry Glance series.

Steve grew up in the small Northern California farm town of Orland, where he spent his high-school years playing baseball, basketball, hunting, and fishing. With an insatiable interest in wildlife, he never missed an opportunity to ride along on patrol with his father, a California Fish and Game warden. Steve went on to graduate from CSU, Chico, and attended graduate school at CSU, Sacramento. Hired by the California Department of Fish and Game in 1974, he began his career as a game warden near the Colorado River, promoted to patrol lieutenant in the Riverside/San Bernardino area, and spent the remainder of his thirty-year enforcement career in Shasta County. Callan earned numerous awards for his work in wildlife protection.

Passionate about the environment, Steve and his wife, Kathy, are avid anglers, kayakers, bird-watchers, and scuba divers. They live in the Redding area.

To learn more about Steve, click on his name, photo, or  any of the following link: Facebook – Amazon Author Page