Dead on the Delta takes Alexa Williams all the way to Botswana. Read more about the latest installment of Sherry Knowlton’s dynamic series.

Dead on the Delta 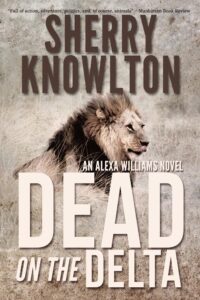 Alexa Williams is about to spend four months conducting lion research in the African bush with her boyfriend Reese. She looks forward to witnessing the elemental life and death struggle of the wild, but she never imagines she’ll become one of the hunted on the remote Okavango Delta.

Botswana protects its wildlife with strict policies and an entire army deployed to combat poaching. So Alexa and Reese are shocked when poachers wipe out an entire herd of elephants. At the site of the mass slaughter near their lion project, they promise authorities that they’ll watch for suspicious activity as they travel the Delta.

When the country’s strict wildlife conservation policies come under debate in the capital, tensions flare and Alexa begins to suspect the ongoing poaching incidents may be about even more than the illicit ivory trade. Especially when a close friend dies when caught in the crossfire.

After an alarming series of near escapes, gunmen attack the safari camp where she and Reese are staying, and Alexa must brave wild animals and the dangerous labyrinth of Delta channels in a desperate attempt to save the hostages, including the man she loves.

Sherry Knowlton, Author of Dead on the Delta 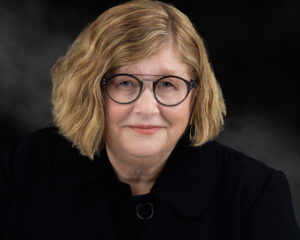 Sherry Knowlton is the author of the Alexa Williams series of suspense novels including Dead of Spring and Dead of Winter.

Passionate about books at an early age, she was that kid who would sneak a flashlight to bed at night so she could read beneath the covers. All the local librarians knew her by name.

When not writing the next Alexa Williams thriller, Knowlton works with her health care consulting business or travels around the world.

She and her husband live in the mountains of Southcentral Pennsylvania.

The Interview for Dead on the Delta

Tell us about Dead on the Delta:

Dead on the Delta is bit of a departure from the earlier books in the Alexa Williams suspense series. The earlier books are all set primarily in Southcentral Pennsylvania and have titles that reflect the four seasons, i.e., Dead of Winter. Since I’d run out of seasons, I decided to go in a new direction with this latest book by moving Alexa’s newest adventure to Africa.

In Dead on the Delta, Alexa takes a sabbatical from her law practice to accompany her boyfriend Reese on a four-month lion research assignment in Botswana. Although she will be working as a research assistant and representing Reese’s organization on a legislative project, she regards this as an extended vacation.

She’s excited about spending time in the Botswana bush and looks forward to witnessing the elemental life and death struggle of the African wild. But Alexa never imagines she’ll become one of the hunted on the famed Okavango Delta. This book edges into thriller territory as the kick-ass lawyer tangles with elephant poachers and conservation politics.

This is the 5th book in the Alexa Williams Suspense series. Can this be read as a standalone? or should readers go back and read the books in order?

This novel can be read as a standalone without having read the first four books in the series.

Although some of Alexa’s history, boyfriend Reese and even a few other series characters make an appearance in Dead on the Delta, most of the story and key characters are found only in the pages of this book.

Of course, reading the series from the first book, Dead of Autumn, onward will always give readers a better understanding of Alexa, her penchant for finding dead bodies and landing in dangerous situations—as well as her development as a character. 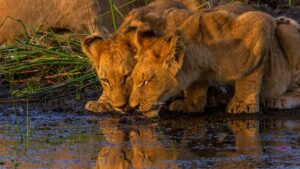 What drew you to Botswana as a location?

My husband and I are dedicated travelers and have gone on many safaris to various African countries.

Botswana is our favorite safari destination, and I love the Okavango Delta region so much I wanted to write about it. It has beauty, adventure, wild animals. It’s remote with an inherent element of danger. What could be a better setting for a suspense novel?

We tried to capture a feel for the setting in the trailer for Dead on the Delta.

To research this book, my husband and I spent four weeks in Botswana and Southern Africa on safari, interviewing conservation experts, and visiting other places I describe in the novel.

The highlight of our trip was the three days I spent in the wild with a young woman who does lion research for an Oxford University-affiliated program called WildCRU.

You run a health care consulting business. What has the last year been like for you?

I must confess that I’ve been winding down my consulting work over the last few years. I’ve done a few projects with Medicaid Managed Care Organizations focused on state government procurements, which have not been affected by the pandemic. During these past months, however, I’ve often reflected on how different my life would be if I was in one of my old jobs.

In the days before I moved to consulting and writing novels, I headed up a Medicaid Managed Care organization and, before that, Pennsylvania’s Medicaid Program. I can only imagine the amount of increased workload and stress the people who are now in those and similar healthcare, insurer, and state/federal government positions have been experiencing since COVID hit full force.

The caregivers on the front lines, the public health officials who are on point, and the families who’ve lost loved ones or fallen ill are bearing the brunt of the storm. However, I can guarantee that there are thousands of unsung heroes toiling in the background to make sure that policies, payments, resources, and other types of supports are available to people who’ve been affected by the pandemic.

What are you most looking forward to for 2021?

Of course, I’m thrilled about the release of Dead on the Delta. But I’m so looking forward to getting the coronavirus vaccine and leaving my house when it’s safe to visit my son, his wife, my granddaughter, and the new grandchild who will be arriving in April.

Congratulations on the new grandbaby! Wishing everyone good health and an easy delivery

I’m currently working on something totally new for me: a travel memoir.

Other than some professional writing, I’ve never tackled a non-fiction project. I’m having fun reminiscing about the adventures my husband and I have had in our travels and putting them on paper. It’s been a way to travel from my couch during the pandemic.

However, I’m already thinking about Alexa Williams #6. And someday I’d like to do a standalone suspense novel.

“The more you write, the better you will be.”

The more you write, the better you will be.

Any type of writing can help prepare you for the path you finally take for your fiction or non-fiction creative writing. I spent my high school and college years doing student journalism. In my career in state government, health insurance, and consulting, I’ve written policy papers, regulations, laws, speeches, testimony to legislative bodies, proposals, and more. All of that improved my writing skills.

So, grab any chance you can to work not only on your novel or other creative piece but also on other career or personal projects that involve putting pen (or computer) to paper.

Thanks for hanging out with us today and sharing Alexa’s latest adventure!

"you never know when you’ll stumble on some unbelievable-but-true tidbit that sets off the next story!" Katharine Schellman - Writer on my blog today with her latest Lily Adler Mystery! www.elenataylorauthor.com/2021/08/03/regency-widow-amateur-sleuth-lily-adler/ ... See MoreSee Less

If you like your pleasures guilty, this is the domestic thriller for you! www.elenataylorauthor.com/2021/08/01/unlikeable-characters-riveting-plot/ ... See MoreSee Less

Unlikeable Characters and a dynamic plot make this the kind of domestic thriller that will keep you reading long past your bedtime.
View on Facebook
· Share