The Man in Milan: Debut Thriller by Vito Racanelli

The Man in Milan by Vito Racanelli

When NYPD detectives Paul Rossi and Hamilton P. Turner begin investigating the Sutton Place murder of an Italian air force pilot, the last thing they expect is that they will find themselves sucked into the potential cover-up of the Ustica massacre, the most horrific aviation crime in Italian history, in which all 81 souls on board perished, where Italian President Francesco Cossiga blamed a missile deployed by the French Navy for the disaster.

But as they begin investigating, Rossi, recovering from a broken marriage, and Turner, an African-American opera buff, poet, and former lawyer with ambitions to be mayor, come up against NYPD bureaucratic obstacles and stonewalling by the Italian Consulate in NYC.

Lieutenant Laura Muro, the policewoman sister of the victim, comes to New York to aid the investigation, but soon the trio find themselves in the crosshairs of the Gladio, Italy’s powerful, shadowy political cabal whose reach extends to the highest reaches of New York political and ruling class.

To buy the book click on the following links: Amazon, IndieBound, Barnes & Noble, and BAM

Vito Racanelli, Author of The Man in Milan 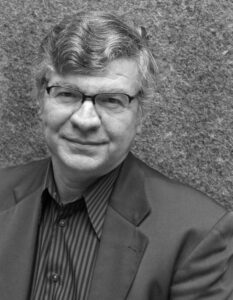 Vito Racanelli is a Pushcart Prize-nominated writer whose short stories have been broadcast on the BBC’s Story Time and performed at Liar’s League NYC. He’s currently working on a sequel to The Man in Milan and another novel.

His short stories have been published by Akashic Books, The Literarian, The Boiler, and KGB Bar Lit Magazine, among many other publications.

He was a 2013 and 2018 Fish Publishing Flash Fiction Story Prize finalist, placed a “notable” story in the Gemini 2016 Short Story contest, and participated in the 2013 Pen World Festival.

His non-fiction has appeared in The Wall Street Journal, The Newark Star Ledger, San Francisco Chronicle, Barron’s, Penta Magazine and the Far Eastern Economic Review, among other publications.

He was the AP-Dow Jones Italy Bureau Chief for four years, where he learned to appreciate really fast cars and good food.

This is my first manuscript and the process from beginning to pub date has taken many years. It required patience, dedication and “grinta,” as the Italians say. I met my agent at a book publishing conference.

What inspired you to write The Man in Milan?

The one kernel of truth in the book—a downed airliner—probably by an explosion and with authorities who seemingly were not in a hurry to get to the truth, really intrigued me.

What  question would you most like to be asked about your writing?

What really happened to that airliner?
A:  I wish I really knew, but some people somewhere do know.

I am working on a sequel to The Man in Milan and also another novel, about an Italian soldier’s journey through WW2.

E-Book on sale through the end of November!