Thrilled to have award winning mystery novelist Allen Eskens back on my blog with his latest novel Nothing More Dangerous. The author of six novels, including The Life We Bury has returned with something a little different, a historical coming of age story with a mysterious twist.

Want to read other interviews with Allen Eskens? Click the link here.

Love writers who use personal experiences in their work?

Click the link here to read my interview with two debut authors who do the same. 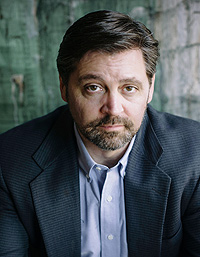 Allen Eskens is the bestselling author of The Life We Bury, The Guise of Another, The Heavens May Fall, The Deep Dark Descending, The Shadows We Hide, and Nothing More Dangerous. He is the recipient of the Barry Award, Minnesota Book Award, Rosebud Award (Left Coast Crime), and Silver Falchion Award and has been a finalist for the Edgar® Award, Thriller Award, and Anthony Award. His books have been translated into 26 languages and his novel, The Life We Bury is in development for a feature film.

Allen has a journalism degree from the University of Minnesota and a law degree from Hamline University. After law school, he studied creative writing in the M.F.A. program at Minnesota State University-Mankato, as well as the Loft Literary Center and the Iowa Summer Writer’s Festival. Allen grew up on the hills of central Missouri. He now lives with his wife, Joely, in greater Minnesota where he recently retired after practicing criminal law for 25 years.

Allen is represented by Amy Cloughley of Kimberley Cameron and Associates Literary Agency. 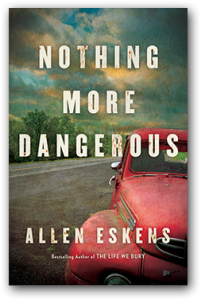 Missouri native Allen Eskens’ “stunning small-town mystery” (New York Times Book Review) is “a coming-of-age book to rival some of the best, such as Ordinary Grace.” (Library Journal, starred review)
In a small Southern town where loyalty to family and to “your people” carries the weight of a sacred oath, defying those unspoken rules can be a deadly proposition.
After fifteen years of growing up in the Ozark hills with his widowed mother, high-school freshman Boady Sanden is beyond ready to move on. He dreams of glass towers and cityscapes, driven by his desire to be anywhere other than Jessup, Missouri. The new kid at St. Ignatius High School, if he isn’t being pushed around, he is being completely ignored. Even his beloved woods, his playground as a child and his sanctuary as he grew older, seem to be closing in on him, suffocating him.

Then Thomas Elgin moves in across the road, and Boady’s life begins to twist and turn. Coming to know the Elgins — a black family settling into a community where notions of “us” and “them” carry the weight of history — forces Boady to rethink his understanding of the world he’s taken for granted. Secrets hidden in plain sight begin to unfold: the mother who wraps herself in the loss of her husband, the neighbor who carries the wounds of a mysterious past that he holds close, the quiet boss who is fighting his own hidden battle.

But the biggest secret of all is the disappearance of Lida Poe, the African-American woman who keeps the books at the local plastics factory. Word has it that Ms. Poe left town, along with a hundred thousand dollars of company money. Although Boady has never met the missing woman, he discovers that the threads of her life are woven into the deepest fabric of his world.

As the mystery of her fate plays out, Boady begins to see the stark lines of race and class that both bind and divide this small town — and he will be forced to choose sides.

To buy the book, click on any of the following links: IndieBound, Amazon, Barnes & Noble, Books-A-Million, and Apple Books

Many of the characters in Nothing More Dangerous strike me as various aspects of your own experiences. Boady Sanden representing you as a child. Hoke and Charles as the adult Allen. Even the bullies could represent aspects of your own life that you have battled to understand or overcome. How much of this story and these characters represent how you have struggled to come to terms with the complexity of life and your place in the world? Or is it purely fiction? 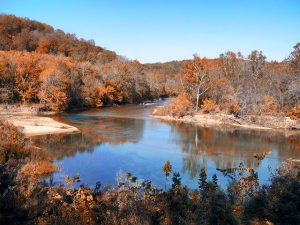 Boady is drawn from my youth. This is not an autobiography, but a reader will find much of me in that character. I like to lace my novels with experiences from my own world as a way to give the story authenticity.

I grew up in Missouri as does Boady. I spent my days in the woods and made the trees my sanctuary. Other characters in the novel also have bits and pieces of me in them, but none as much as Boady.

In 1992 I wrote a short story about a teenager in the woods of Missouri who loved to climb trees and daydream. I had no background as a writer at that time; I just wanted to tell a story.

After writing about that boy, Boady, I decided to expand the story, and I began taking classes to understand the craft of writing.

For twenty years I worked to hone my skills as a writer so that I could tell Boady’s story better.

I put the novel aside in 2010 and wrote The Life We Bury, my debut novel, and then four more. Last year, I sat down and wrote Nothing More Dangerous again, this time with the confidence I had gained from my five other novels.

I completed it, and I am thrilled at the result. So my journey as a writer was all about gaining the skills and confidence to write this novel.

Writing about race in America is difficult and challenging. What made you feel like now was the right time to investigate our legacy of racism and why did you go back in time to do so? What would you like readers to take away from reading this novel?

Having written the original draft of this novel in the early 1990s, I honestly didn’t think about now being the time for this novel.

Nothing More Dangerous wasn’t the result of careful planning or timing. In truth, I wrote this story to explore my own experiences with racism. I wanted to delve into the world of prejudice from the point of view of a boy who believed that he had no prejudices—only to discover the depth of his notions of us-and-them.

I wrote this story for me, never really expecting that it would have any greater relevance than a look back at a time in my past. But as one of the characters in the novel says about racism, “It’s out there—always will be…. It’s not a matter of if we have prejudices—we do. It’s a matter of understanding those instincts and fighting against them.”

” . . . it occurred to me that this law professor and the kid from that manuscript in the drawer were aspects of who I was as a kid and who I became after college and law school.”

Nothing More Dangerous explores a character we first meet in The Life We Bury and see again in The Heavens May Fall. Nothing More Dangerous was a novel you worked on for decades, so you had a sense of it when you wrote the other two books. What made you want to include Boady Sanden as an adult character in the other books? What was important to you about connecting these stories through characters?

As I wrote The Life We Bury (my debut novel) I had already written Nothing More Dangerous and had put it in the drawer so to speak. In The Life We Bury, I created a character who was a law professor, and it occurred to me that this law professor and the kid from that manuscript in the drawer were aspects of who I was as a kid and who I became after college and law school.

That planted the notion in my head that they were the same person. At the time I never believed that either or both books would get published, so it was just kind of a personal Easter egg to make them the same person.

Now I am so glad that I did.

He has also been nominated for: the Edgar® Award, the Anthony Award, the Minnesota Book Award  and the Thriller Award, along with multiple starred reviews and “best of” in various lists for mysteries.

I love Grover. Is he based on a dog you had as a child? Or knew at some point in your life? How did he come about?

I love dogs and always have. I had a dog, as a kid, who accompanied me in my adventures in the woods, but Grover isn’t based on him.

My wife and I adopt older, rescue dogs, and two years ago we adopted a bonded pair, one of which was a loping coonhound, blind in one eye, named Copper.

As I rewrote Nothing More Dangerous I realized that Boady needed a dog and Copper became Grover in the novel. I didn’t make him blind in one eye, but everything else about Grover comes from my boy, Copper.

“I have been working hard to understand how to write a female protagonist and look forward to the challenge.”

What are you working on now? (And please tell me Lila Nash will in fact be the protagonist for book #7!)

Yes, Lila Nash will be the protagonist of my next book. It won’t be out until 2021 as I have also been dabbling in writing screenplays, which has set me back a bit.

I have been working hard to understand how to write a female protagonist and look forward to the challenge.

Toni Morrison is quoted as saying that a writer should write the story that he or she wants to read. I have been fortunate in that I have followed that path and achieved a modicum of success in doing so.

If I had asked an agent whether I should write a coming-of-age historical fiction novel, I am pretty sure they would have firmly told me “no.” Yet that is the book that I wanted (needed) to write.

I didn’t write for the market or for a particular fan base. I set out to write this story for me, hoping to tell it as well as I possibly could.

It hits home because I was passionate about the project. I studied the craft of writing, not to become a bestselling author, but because I wanted to tell this story and my other stories as well as I could. I think maintaining that focus is the key.

Thank you for stopping by to chat with us, Allen. Great insights into the mind of an award winning mystery novelist! I loved Nothing More Dangerous and I can’t wait to read your next book.

Lucy Lakestone, author of Risky Whisky, shares her love of travel as a guest blogger on her Great Escapes Virtual Book Tour!
View on Facebook
·Share

Please join the Chicks in welcoming Elena Taylor, author of ALL WE BURIED. Elena is also a playwright as well as the author of the Eddie Shoes Mysteries–and as you’ll see below, she&#82...
View on Facebook
·Share

Surviving Covid: I'm Doing The Best I Can - Elena Taylor

Surviving Covid: I'm doing the best I can to endure through the pandemic as a writer, editor, and woman over fifty with preexisting conditions.
View on Facebook
·Share