Eco-Thriller: Drink To Every Beast

Eco-thrillers have become a popular sub-genre in Crime Fiction. Read my interview with Eco-thriller writer A.M Halvorssen about her debut novel The Dirty Network by clicking the link here.

And now, introducing ITW Debut Author, Joel Burcat and his novel Drink to Every Beast. 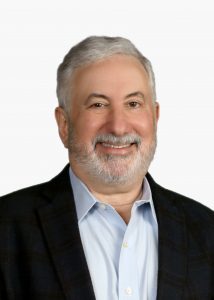 Joel Burcat is an environmental and energy lawyer. Drink to Every Beast is his debut novel plus he has several published short stories. In addition to Beast he has completed the drafts for two sequels, AMID RAGE (about strip mining) and STRANGE FIRE (about fracking).

He has also written a speculative thriller, LITTLE BROTHER (about a police department that goes to war with the FBI), and a literary novel about the 1950 Philadelphia Phillies (WHIZ KID).

He was selected as the 2019 Lawyer of the Year in Environmental Litigation (for Central PA) by Best Lawyers in America. He has been designated by both “Super Lawyers” and “Best Lawyers” for environmental and oil and gas law.

He lives in Harrisburg, PA with his wife, Gail. They have two grown daughters, a son-in-law and granddaughter.

In this romantically-charged environmental legal thriller, two teenagers die after swimming through chemicals illegally dumped into the Susquehanna River.

Mike Jacobs, a young environmental prosecutor for the Commonwealth of Pennsylvania, is assigned his first big case and must find, and stop the dumpers.

Danger strikes—who else will die? Will Mike discover the treachery before the midnight dumper kills again?

To buy the book click on either of the following links: Amazon and Headline Books

Drink to Every Beast is the second of five manuscripts that I have completed. Three are Mike Jacobs environmental legal thrillers. Beast was completed (first draft) in 2011. I have rewritten it and updated it several times. I sent it out a number of times to agents and participated in Pitch Fest with it (frankly, I lost count of the number of times I sent it out, but it was a lot).

I had mild interest in the MS on several occasions, (I heard “send us 50 pages”, “send us the whole MS”) but never made it past that point. Finally, I had it professionally edited.

Last year an awesome writer friend, Don Helin, contacted his publisher at Headline Books. They read it, really liked it, and offered to publish it. They gave me a one-book deal.

I have two follow-on Mike Jacobs sequels (one dealing with strip mining—AMID RAGE, the other with fracking—STRANGE FIRE) that are completed. Also, I am working on another sequel (dealing with contamination of water wells—THE FIREBRAND). I am hoping that these will come out every 9 to 12 months.

Eco-thriller – Thrillers for the 21st century.

I had been writing short stories for over a year, then wrote my first “starter novel.” A 120,000 word epic involving the 1950 Phillies. I am an environmental lawyer and wanted to write a novel about a young environmental prosecutor.

Beast is loosely based on a real case (I was not involved in it) about dumping hazardous waste down a borehole where the waste found its way into abandoned coal mines and then the Susquehanna River.

My novel is entirely fictionalized account, but is based on my real-life experiences both as an Assistant Attorney General for PA’s DEP and in private practice. I had wanted to write an environmental legal thriller for some time and when I started writing, the words flew onto the page.

I’m getting AMID RAGE ready for my editor. Then I will be doing a rewrite of STRANGE FIRE. I really want to return to THE FIREBRAND soon and finish that MS.

Just one additional thought. I joined ITW about five years ago as an Associate member. I’ve attended two ThrillerFests in New York. Joining ITW and attending ThrillerFest have been among the best decisions I have made as a writer. The classes have been really helpful.

In addition, the friends and contacts I have made are truly awesome. I’ve befriended dozens of writers at ThrillerFest. Don Helin made the call that put me in touch with my publisher. Doug Lyle, Jeff Gunhus and Don have all “blurbed” my book. Writers are very generous with their time and advice for other writers. It is difficult writing all alone in your writing cave (or in a coffee shop).

The friends and contacts I’ve made through ITW have made a huge difference to my writing career.

So happy to see another new Eco-thriller on the market.

I look forward to meeting you in person this year in New York City!

Header Photo by Marys_fotos on Pixabay. Click the link here for more information.