I’m thrilled to have author J.L. Delozier on my blog this week talking about the third book in her Persephone Smith trilogy, Blood Type X along with some great query advice.

“Then I made my first of many rookie mistakes; I gave up too soon.” 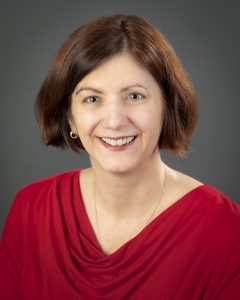 In addition to the Persephone Smith novels, her short fiction has appeared in the British crime anthology, Noirville: Tales from the Dark Side, NoirCon’s official journal, Retreats from Oblivion, and Thriller Magazine (upcoming, 7/2019.)

She lives in Pennsylvania with her husband and three rescue cats. 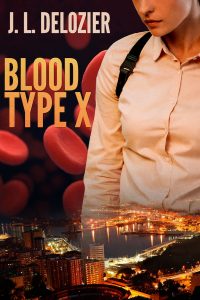 Mysterious photos of the world’s most wanted killer.

Coded letters luring her to Spain.

A little girl who is not what she seems.

Criminal psychologist Persephone “Seph” Smith is back on the hunt for Dr. William Baine, a scientist who murdered half the word’s population with his Type O virus. Now, he plans to rebuild the world in his own image—starting with Seph. When the hunter becomes the hunted, Seph must rely on her genetic gift to outwit Baine—and his shadowy accomplice.

To preorder Blood Type X, click on the link here.

To buy the other books in the series (Storm Shelter and Type & Cross), click the following link: Amazon 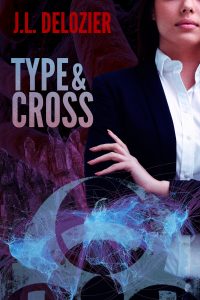 Writing a novel has been on my bucket list since high school, but it simmered on the back burner for two decades while I got my medical degree and established my career. When I was finally ready, I read Stephen King’s On Writing for inspiration. My debut thriller, Type & Cross, took a year to write and edit.

Afterward, I wavered on whether to simply check it off the list and move on or try to publish it. I took a craft webnar, which included a ten-page critique, from Writer’s Digest. The agent’s feedback was so encouraging, I wrote a query and began the hunt for an agent.

Then I made my first of many rookie mistakes; I gave up too soon. After fifty queries and several full manuscript requests, which were ultimately rejected, I’d had enough. Now I know fifty queries is nothing, but at the time, dejected and insecure, I decided to query open small presses with the hope of receiving more detailed editorial feedback.

I queried five and got two offers of publication. My second mistake: not taking those offers back to an agent. I signed with WiDō Publishing, and though they’ve been great throughout our three-book series together (the final installment, Blood Type X, drops soon), I’d still love to have an agent’s guidance as my writing career expands in the future.

I’m still working twenty hours a week as a physician, so I need all the help I can get!

“Stay humble, and accept good advice. The secret is parsing the good from the bad.” 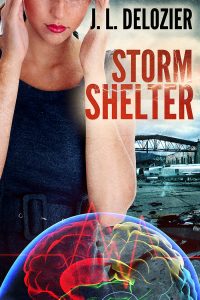 Now that you are launching your third book, what have you learned about being a published author?

I’ve learned so much, I could write an entire blog about nothing but my lessons learned! Here are my top three:

1) Publishing time moves a half a pace slower than a snail’s and exponentially slower than real life. Be patient.

3) Stay humble, and accept good advice. The secret is parsing the good from the bad.

As mentioned above, Blood Type X is coming soon, so I’m busy marketing that. I also have two soon-to-be published short stories: one in Thriller Magazine,and the other (my first sci-fi short story, which won a Roswell Award!) in Artemis Journal.
My fourth novel, Con Me Once, is complete but unsold, and my fifth, The Photo Thief, is a quarter done. It’s been my most challenging project yet because I’m experimenting with POV and have added a substantial paranormal element to what would otherwise be a standard murder mystery.
I’ve never written anything so intricate, and it shows! My daily word count has been dreadful. Then, assuming I complete it before I’m old and senile, I’ll return to the querying trenches, but this time, I’ll be going in as a savvy, battle-hardened veteran.

Thank you for sharing your journey with us! So great to hear advice from the people in the trenches. Can’t wait to hear how the query process goes – be sure to come back and share your next book with us – I know we’re going to see more of your work out there!

All We Buried by Elena Taylor/Review by Sheila Sobel -

There’s a new sheriff in town and her name is Elizabeth “Bet” Rivers. Born and raised in Collier, Bet left the cozy, close-knit Washington community...
View on Facebook
·Share

Independent Bookstores are open for business! They need your support and can provide you contact-less sales and great, personalized service. ... See MoreSee Less

We're still here! We are closed for browsing but we are mailing books and doing home delivery. We will start offering curbside pickup for pre-orders only on Friday, May 8 from 11-3. More details on curbside to come.
View on Facebook
·Share

Cynthia Kuhn launches the fifth in her award winning Lila Maclean Academic Mystery Series. This may be her best novel yet!
View on Facebook
·Share

This made my day! ... See MoreSee Less

Small-town sheriff Bet Rivers has big city dreams. Having spent some time as a cop on the streets of LA, coming home made her hometown seem small and boring in comparison. That is, until she finds herself at the head of a murder investigation, her first. She had plans in the city, moving up in the r...
View on Facebook
·Share