Perseverance Pays Off in the Publishing World

Two novelists who found the perseverance and went the distance for their first novels.

Thrilled to have Kris Frieswick and Maureen Joyce Connolly on my blog today.

Read about more debut authors and other writing posts by clicking the link here.

Ghosts, Inspiration, and Agents, Oh My! 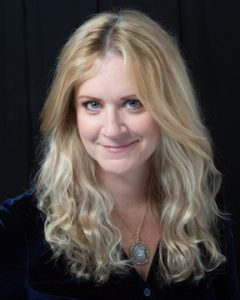 Kris Frieswick is an award-winning editor, journalist, humorist and author. She is the deputy editor of the Mansion section of The Wall Street Journal, and prior to that was an executive editor at Inc. Magazine.

She grew up in a tiny central Massachusetts farm town and knows how to start a fire, load a rifle and ride an ATV without fipping it over, (much). 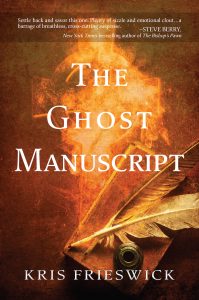 The Ghost Manuscript is the story of Carys Jones, a rare book authenticator who wants nothing more than to be left alone to pursue her single-minded love of ancient manuscripts.

But when her biggest client, tech billionaire John Harper, goes insane and is hospitalized, he makes her an offer – his entire library of priceless Dark Age manuscripts in exchange for her promise to find the clues hidden in a previously unrecorded Dark Age journal, which Harper believes points to the tomb of the legendary King Arthur and the vast riches buried with him.

Reluctantly, Carys accepts, and her search takes her to places she never dreamed she’d go: to Wales, the home of her estranged father; to bed with Dafydd Reynolds, a mysterious Welshman; and finally, deep into her own psyche, when the 1,500-year-old monk who wrote the ancient journal appears and begins to help Carys in her search.

To buy the book, click on any of the following links: Amazon, IndieBound, and Barnes & Noble

The Ghost Manuscript, my first novel and first full-length fiction manuscript, went through about 25 revisions – including multiple workshops at Grub Street Writers in Boston – for over a decade before I felt ready to send it out. After failing to secure an agent in my first attempt, I hired Claire Wachtel, legendary fiction author and former executive editor at HarperCollins, to edit the manuscript.

She loved it so much once we were done that she referred me to some of her favorite agents, two of whom offered representation. I went with Richard Abate, at 3Arts. He went out with a major push, but although we got to acquisition committee at two major houses, we were not able to find a buyer in the first round.

We were both extremely disappointed, and he suggested that we put the book away for a year and try again, since he felt the market just wasn’t buying books like mine at that time.

I couldn’t bear the thought of waiting another year. While lamenting the situation to my friend, author of Sin in the Big Easy, and leadership coach Elizabeth McCourt, she suggested I send the manuscript to her editor, Debra Englander at Post Hill Press. I did, Debra loved the book, and we went to contract in March 2018. Publication is scheduled in hardcover for April 2, 2019.

This book was born over 12 years ago, thanks to a conversation I had with my Welsh husband’s parents, both of whom are sadly now deceased. They told me that their next door neighbor was a treasure hunter who scuba dived into old shipwrecks along the Welsh coast, in the hopes of finding their ill-gotten gain. 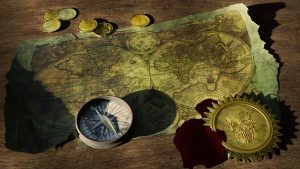 He researched the location of potential wreck sites by reading the journals of 18th century pirates – or privateers as they were known at the time – in the British Library.

One day, he claims, one of those pirates showed up. He seemed as real as any one else in the room, the man told my in-laws.

The visions scared him so badly that he left the British Library and never read one of those ancient journals again.  The story stuck with me and a narrative began to unfold – what if that ghost wanted to help that man find the treasures?

What if he told him things that only the ghost knew? What if?

I am currently working on pre-publication publicity, which is incredibly exciting and surreal; my day job (as a full-time freelance journalist, editor and essayist for national magazines and newspapers); and getting started on part two of Carys Jones’s story, which picks up where The Ghost Manuscript leaves off.

I’m hoping to have a rough draft by next summer. I am also in the research phase of another novel that will revolve around the first class passengers–united by an extraordinary piece of jewelry–aboard the British luxury liner Lusitania in the days between her departure from New York City and her sinking by a German torpedo off the coast of Ireland in the early days of World War I.

Fascinating stories and a fascinating journey! Thanks for sharing with us!

Next up, Maureen Joyce Connolly shows her perseverance!

How does one survive a tragedy? 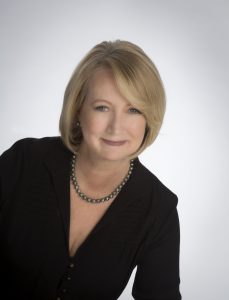 Maureen Joyce Connolly is a foodie and appreciates interesting recipes. She also enjoys painting (especially flowers and sycamore trees), competing in races with her dragon boat team (Go Fierce)!, and reading (of course).

She relishes spending time with her three children, her husband and her pets; a ridiculous terrier named Huckleberry, and a plump orange cat, Pumpkin. 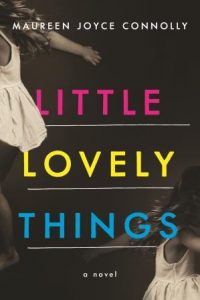 Highlighting the potential catastrophe in the small decisions of everyday life, Little Lovely Things, asks the question–how does one reshape themselves after tragedy strikes?

To buy the book, click on any of the following links: Amazon, Barnes & Noble, Books-A-Million, and IndieBound

Little Lovely Things is my debut novel that took me close to ten years to write! When I felt it was ready, I did in-depth research on agents and agencies before querying agents that I thought would represent my novel well.

Within three months, I was offered representation by ICM Partners. My agent, Heather Karpas, received several publishing offers within three week of going on submission. We chose Sourcebooks for a number of reasons including the size and their reputation for promoting debut authors.

“I began to imagine what that experience would be like . . .”

So many things!  One key factor was that I seemed to encounter child abduction stories with increased frequency after the birth of my third child.

It really upset and enthralled me at the same time and I began to imagine what that experience would be like for not only the mother, but for the captor and ‘captive’ as well.

Trying hard to work on my second novel but have been so busy with activities associated with launch that it’s been difficult! I will need to take some time after Little Lovely Things is released to really focus.

Congratulations on your debut novel! And best of luck with book two – looking forward to having you back on my blog for the launch of your next book.