Lefty Awards and the Debut Author of Hot Water

The Lefty Awards are fan awards from Left Coast Crime. Anyone registered for this year’s LCC or who attended last year can nominate books published in 2018. Attendees of the 2019 conference will vote for the winners during the conference March 28-31.

Awards will be presented at the Saturday night banquet.

But first, let me introduce you to debut author JJ Shelley . . . who knows, maybe next year we will see her debut on the list for 2020! 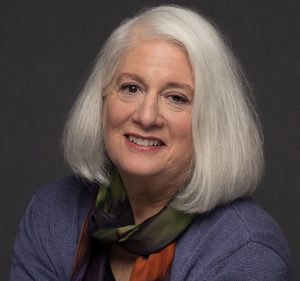 JJ Shelley (a nom de plume) is a filmmaker and the author of several screenplays who lives in Boston, Massachusetts. Her awards include an Academy Award nomination, the Edgar Dale Screenwriting Award and a New England Women in Film Screenwriting Award.

She holds a certificate in Professional Investigation from Boston University. Hot Water is her first novel. 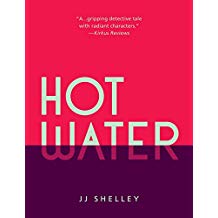 Part mystery, part revenge dramedy, this sparkly debut novel introduces Sylvie Wolff, pampered suburban housewife and devoted mother of two who wakes up one morning to discover that her husband has cleaned out the bank account and abandoned the family, leaving them homeless and penniless.

Determined to regain her former lifestyle, Sylvie confronts a twisted web of industrial espionage and squares off against her enemies only to be faced with the question—is her old life still the life she wants?

Hot Water is my first novel, though I have published a children’s book and a nonfiction book using legacy publishers. As an independent documentary filmmaker, I also purchased the rights to a nonfiction book. Unfortunately, none of my experiences with legacy publishers were particularly positive. It was hard to get them to even respond to phone calls when I wasn’t one of their bestselling authors. I’ve always been more successful when I’ve worked independently, so working through Amazon publishing seemed more efficient.

Long ago, when I was in college, a friend of mine received a call from her mother in the middle of the semester, telling her to pack up and come home. Her father had deserted the family and his affluent family had been left penniless. Their house was under foreclosure, the furniture was repossessed and they all had to move in to a tiny one-bedroom apartment along with another friend who had been kicked out of her family because she had recently come out of the closet.

While the mother stayed home to take care of the three-year-old brother, the three girls went to work in menial jobs to pay the rent and buy food. The father had also taken out credit card debt in the oldest daughter’s name and she had to either pay off the debt or send her father to jail. Meanwhile, the father moved in with his wealthy mistress of seven years.

I wasn’t aware of the desperation of this family until years later when we all gathered for a weekend on an island in Florida. I’ve never forgiven myself for my cluelessness at the time. I suppose this story is an attempt to confront the pain and betrayal my friend suffered as I went about my college years, focusing on my own trivial teen-age dramas.

I am currently writing the second Sylvie Wolff novel, “Deep Water,” about a real ship that disappeared without a trace. In order to research the ship, I took a six-month course in private investigation. Fun fact: a session with a medium led me to an obscure intelligence report that ultimately led to what I believe is the dark secret behind the ship’s disappearance. 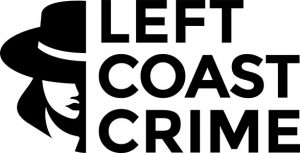 To learn more about any of the authors & their books, click on their names.

A.J. Finn, The Woman in the Window (William Morrow)

Terry Shames, A Reckoning in the Back Country (Seventh Street Books)

Congratulations to all the Lefty Award nominees! See you in Vancouver!