This week I’m thrilled to be joined by author James L’Etoile. 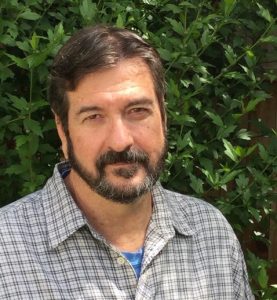 James L’Etoile’s crime fiction work is recognized by the Creative World Awards, Acclaim Film, the Scriptapalooza Television Script Competition, Killer Nashville Reader’s Choice, and The American Book Festival Awards. At What Cost was released by Crooked Lane Books in 2016 and Bury The Past (a 2017 Best Book Award finalist in the mystery/suspense category) was published on December 12, 2017.

James L’Etoile worked in prisons and jails for twenty-nine years before turning to crime fiction. He is an experienced correctional administrator, facility captain, associate warden, chief of institution operations, and director of state parole. He draws upon his experience to bring his crime fiction to life. He consults in prisons, jails and community corrections across the country and when he isn’t writing, he and his wife, Ann-Marie participate in therapy dog programs for seniors in memory care and Read To A Dog children’s reading programs.

Some writers learn craft, then research content. Others have careers in different fields, making them experts in content, but then have to learn craft. You worked in the criminal justice system for over twenty years before becoming a novelist, so you’re an expert on content to write a police procedural/thriller. How did you learn about the craft of writing?

Looking back, I believe I started to learn the craft aspects of writing early in my career while working as a probation officer. I wrote presentence investigation reports, pulling in information from police reports, victim statements, defendant interviews, and other sources. You’d have to draft these complex and detailed reports in a short amount of time. The presiding judges were particular in their expectations and you’ve never experienced a critic of your written work like a defense attorney of the man you’ve just recommended go off to state prison for fifty years.

When it looked like I was going to make the transition from prison to the page, I attended workshops and conferences, learning more about structure, pacing and character development. But those experiences in prison, parole and probation were the lens I filtered this new information through for context.

“…you’ve never experienced a critic of your written work like a defense attorney of the man you’ve just recommended go off to state prison for fifty years.”

Reading played an important part in developing my writing toolbox. While I still read for enjoyment, I’m taking a close look at character, plot development and dialogue—what works well and what didn’t. I’m always learning.

When I finished my first novel, I sent out the query letters and waited—and waited. 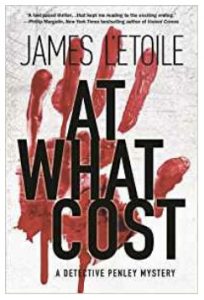 I received a few requests for partials and fulls, but ultimately, a trail of rejections. Like most new writers, I took it personally. It stung. A few months later, for some reason, I picked up the manuscript and read it. I was horrified. The damn thing was awful and my first reaction was to send out an apology postcard to everyone who suffered through a read.

After the shock went away, I realized what I’d sent out was basically a clean first draft, badly in need of revision and rewriting. I put that manuscript in my bottom drawer—never to see the light of day. Every so often, I’ll drag it out as a reminder of how far I’ve come. The next time around, months of rewriting turned out a book that could stand on its own.

Fast-forward a couple of years and I pitched another book to an agent I met at a mystery writers conference. I was really impressed with Elizabeth Kracht, of Kimberley Cameron and Associates, from her panel presentation on the author-agent relationship. She liked the concept and told me to send it to her. A couple of months of back and forth, rewriting passages she identified as needing something more, and the book was in great shape. Liz did all this collaboration with me before she took me on as one of her clients. With her guidance (Which I’ve come to trust and rely upon completely) she sold the manuscript to a publishing house and leveraged a two-book deal. At What Cost and Bury the Past were born.

Your characters feel very real, both the cops and the criminals. How much did you find yourself dramatizing events to make it pop on the page? Did you find you had to speed up events? Or exaggerate character? Or is what we read on the page how you have experienced crime and investigation in the real world?

I glad you get the sense that the characters are realistic. I’ve really tried to bring that aspect of the stories to the forefront. The personalities and traits aren’t exaggerated, but they are an amalgam of different people I encountered in the criminal justice system—on both sides of the bars. I used actual conversations with gang members in At What Cost and some of the dialogue in Bury the Past comes from interaction with police and parole staff.

With crime fiction, especially stories with a procedural element, I do find the need to speed up events to keep the pace of the story where it needs to be.  Actual procedures can bore the bark off of a tree and would be a sure way to get a reader to toss the book across the room. Readers don’t need to know how staff line up for a cell extraction, or the number of twists in a gun barrel. Elmore Leonard said it best, “When you write, try to leave out all the parts readers skip.”

“Actual procedures can bore the bark off of a tree and would be a sure way to get a reader to toss the book across the room.”

Your two detectives are very distinct as characters, what’s your favorite attribute of both John Penley and Paula Newberry? Anything that drives you nuts about either of them?

John Penley and Paula Newberry are about as opposite as you can get. John is a by-the-book kind of guy unless you threaten his family or his sense of what’s right. He’s not one of the Good Ol’ Boy’s Club guys that every department seems to have and he tries to stay out of the politics of policing. He’s seen the toll crime takes on everyone involved—the victim’s families and the cops who respond to crime scenes.

Paula is a kick to write. She’s so unreserved and says what she feels, even when she shouldn’t. Paula is a smart, motivated cop who doesn’t put up with much crap from anyone who gets in her way. This often puts her in a bad situation—politically, or in danger out on the street. She’s had to work twice as hard as her male counterparts to get the recognition and assignments she’s earned. Paula is slow to trust and quick to love, and that will get her in trouble (in a future story—hint).

Beauty is hard to find in prison. In a maximum-security prison where most of the population is serving life sentences, hope and beauty are hard to find. Fear and anger are palpable and a faint cry from a cell down the tier is more common than you’d think. But, I’ve found beauty in small moments—like those days when I didn’t get feces thrown my way, or no one got stabbed during yard recall, and when all my colleagues got to go home safe after their shift.

“Fear and anger are palpable and a faint cry from a cell down the tier is more common than you’d think.”

I have a couple of projects coming to conclusion—all three are standalone novels, separate and apart from the Detective Penley series. I’ve outlined the third book in that series and I’m ready to start writing. I’m also playing with a nonfiction project, a true-crime story, which kind of brings me back full circle to my probation officer days.

I’m going to steal something I heard Michael Connelly say at a conference because it really resonated with me. “Write the kind of story that you’d want to read. Because if you like it, chances are others will too.”

I’d also add that writing and getting that work published is a long, torturous process. There are no shortcuts. You have to do the work and write, write, write. 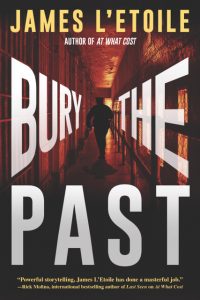 BURY THE PAST continues the pairing of detectives John Penley and Paula Newberry as they investigate a homicide where the evidence reveals their prime suspect–a man already in prison. He has the ultimate alibi. The case takes an unexpected turn for detective Newberry when a case from her past resurfaces and puts her in the killer’s crosshairs.

“[A] tight sequel to 2016’s At What Cost, L’Etoile, a former associate prison warden, keeps the suspense high while illuminating the culture of criminals and the ties that bind cops.” —Publishers Weekly

“L’Etoile’s authentic tone and snappy dialog keep the pace sprinting along here. This is one for fans of Karin Slaughter, especially those who enjoy her Will Trent books. —IndiePicks Magazine

BURY THE PAST selected as an Award Finalist in the 2017 American Books Awards, Thriller/Adventure category.