As this year in writing comes to an end, I’m looking forward to having the third book in my Eddie Shoes Mystery Series launch in April. It’s hard to believe that before April 15, 2016, I wasn’t a published author and by April 1, 2018, I’ll have three books out.

But April 15, 2016 wasn’t the start of my writing career. Not even as a novelist. My novel writing started long before I wrote One Dead, Two to Go.

Writing is a strange industry. We work alone at our computers for weeks, months, years, hoping that at some point our combination of character, plot, and word choice will lead us to a book deal. We talk about our “first books” – all the while knowing there are one or six or twelve finished manuscripts in a drawer that never saw the light of day.

Getting to that debut novel is a marathon. The writing and rewriting, the submissions, the rejections. The acceptance, then the rewriting, the launch, then the marketing. There is no road map to “author.” There is no step-by-step guide to getting to any benchmark: agent, book deal, sales, foreign rights, options.

Then comes book two. And suddenly we’re writing to a deadline. Who knew that would be so hard?

(And Two Heads are Deader Than One was much easier than Three Strikes, You’re Dead!)

But we’re also a community. One of the reasons I love to go to conferences is the interactions with other writers. The conversations about edits and editors, agents and publishers, sales and marketing (so few of us do it well), the pressures of different hats, some of which don’t fit naturally. So while we may feel envy (did she really just say movie deal?) we also feel pride (she did! I’m so happy for her!). And while we may read a great novel and think, I wish I wrote this … we also have our colleagues, our peers, our idols say, “this was a great read” about one of ours.

As I work on my fourth novel – okay, yeah, it’s really my seventh – I think about everything that has gone before. Twenty years in the theater, writing and working with scripts. A Ph.D. in dramatic theory and criticism. Twenty years of teaching, helping others hone their craft. The endless pile of scripts and books to read, to read again, to pour over and analyze. The words. The words of others, the words of our own. The words, words, words, written and erased, moved around, cut and pasted into a new order only to be cut and moved and written again.

I’m not sure that I’m “better” all these years later, I just have a stronger understanding of craft. I think about early attempts, first manuscripts, first drafts, and wonder, if I knew then what I know now, would that have been my breakout play? My breakout novel? Was the diamond in the rough there, but I didn’t have the experience to find it in those unwieldy passages and unnecessary scenes and undeveloped characters? Then I think of my current writing life. Have I become too focused on output and not on art? Have I lost my voice to time constraints and other people’s ideas of what my writing should be?

At the heart of it all is the words. And we, like miners in a gold mine, pick our way through the tunnels. Digging into the rich vein. We succeed because we don’t give up. We walk down the path, canary in hand. And we don’t leave until the candle burns down to nothing and we have to rise to the surface.

Mine the words. Don’t be afraid of the dark. The rest will come. 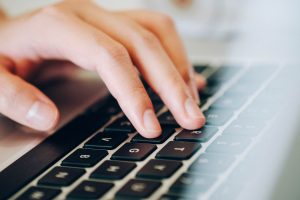