This week I’m joined by not one, but two amazing Cozy authors. Cozy writer, Elizabeth Perona is actually the father/daughter writing team of Tony Perona and Liz Dombrosky. 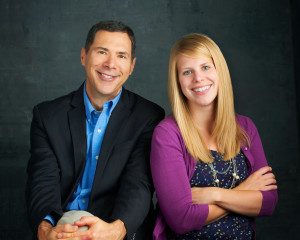 Tony is the author of the Nick Bertetto mystery series, the standalone thriller The Final Mayan Prophecy, and co-editor and contributor to the anthologies Racing Can Be Murder and Hoosier Hoops & Hijinks.

Tony is a member of Mystery Writers of America and has served the organization as a member of the Board of Directors and as Treasurer. He is also a member of Sisters-in-Crime. In his day job, Tony is currently serving as the Assistant Town Manager for the Town of Plainfield, Indiana.

Liz Dombrosky graduated from Ball State University in the Honors College with a degree in teaching. She is currently a stay-at-home mom.

Murder under the Covered Bridge

Murder at the Male Revue

Tell us how the two of you decided to write mystery novels together:

LIZ: It was the editor’s idea. Dad had written the first book, and the publisher wanted to publish it.  They thought it would sell better under a female name though.  So, he had a couple choices.  He could publish under a pen name, but it would be a little awkward to do book appearances.  Or he could form a writing team with someone, and combine the names.  He obviously chose the later, and I’m so glad he did! 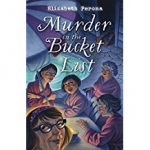 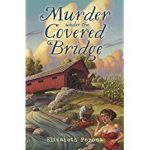 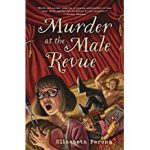 What is your process for writing together?

TONY: At the start of the novel, we discuss the basic plot outline and work through it together. Then we scout out locations together. Liz takes the lead in that. She’s really good at description: what she feels, sees, smells, hears, and thinks while she’s there. I’m terrible at the details. I’m more of the straight-ahead let’s-get-this-thing-done guy. So at that point, I’ll write the basics of the book. Then Liz will read through the manuscript, add in details like what the women are wearing, etc., edit it, and then we’ll get it to my critique group. After that, we’ll do as many drafts as necessary until it’s time to get it to our editor.

Tony, you have published novels in addition to the Elizabeth Perona books, are you planning other solo books? Liz, do you think about writing any solo books?

What was the biggest surprise writing together?

TONY: For me, it was a delightful surprise that Liz was so good at the details. I hate writing details! The only ones I’m interested in are the ones that lead the detective (in our case, the ‘skinny dipping grandmas’) to the killer. So having her be in charge of that is a big relief.

LIZ: For me, I was surprised that it was fun!  I know that sounds terrible, but I really just agreed to this because my dad needed help.  However, it has turned out to be a fun adventure that we can have together, and I’m grateful for the opportunity!

The Bucket List Mysteries revolve around a group of septuagenarians who end up solving murders. How did you decide on that as your set of protagonists?

TONY: Since the original concept was mine and I basically wrote the first book, I’ll answer. An unnamed relative/friend told me the story of how her bridge club had had a skinny dipping party because a few of their members had never done that. It had the same setup we used in Bucket List in that it was late at night at someone’s pool when no one else was around. The story was priceless, and all I could think of was, how can I throw a dead body in here? The concept was off and running after that.

Your novels are highly praised for their humor … so … which one of you is funnier? (Just kidding). How do you weave humor into your work, are you both naturally funny, so it comes easily? Do you work at finding places to insert humor? Are your senses of humor similar? or do you find different things funny?

TONY: I think we’re both naturally funny, and we both love situational humor. Liz has the funniest Facebook posts, especially about her kids. My humor is more of taking situations and exaggerating them until almost the point of farce. You’ll find both types of humor in the novels. We do work at having at least two laugh-out-loud scenes in each book. (At least, they make us laugh out loud.)

LIZ: We’re currently working on the fourth book.  We’ve spent a lot of time talking about how we can kill someone in a tattoo shop 😉

TONY & LIZ: We’re just excited about the reception the books are getting, and we’d love to keep the series going. So please, if you love the books, tell all your friends because we depend on word of mouth. Ask your library to carry the series, too! There is no better way to get a buzz going than to have friends telling friends, “you need to read this book.”