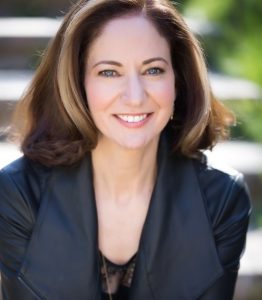 Prior to writing fiction, Christina Kovac worked in television news. Her career began with a college internship at Fox 5’s Ten O’Clock News in DC that turned into a field-producing job—making minimum wage while chasing news stories, gossiping with press officers, and cultivating sources—while somehow making rent on a closet-sized apartment on Capitol Hill. After a stint as weekend editor at WRC TV and senior editor at the ABC affiliate, she went on to work at the Washington Bureau of NBC Network News, as a desk editor and news producer in such stories as that of missing DC intern, Chandra Levy.
To learn more about Christina, visit her on Social Media:
@Christina_Kovac
Facebook
Instagram
Goodreads
THE INTERVIEW
You’ve spent years working in television news, how did that prepare you to write a novel?

Writing a novel and working on a two-minutes story with video are such entirely different beasts, and none of my friends in TV could understand why it was taking me so long.  Our deadline was always 6:30:00.  Every night.  The show had to get done.
One of my friends used to joke that he’d use his social security payment as a book marker for whenever I finished my debut (I got it done before his retirement, so ha!  But long after the many stories he wrote for the Todayshow).
That said, working television news gave me stories that somehow weave together into novel form, as well as opportunities to observe and talk to people I may never have met otherwise, and these people sneak up on the page.  The DC metropolitan area is so vibrant and diverse, so beautiful and misunderstood, and sometimes quite dangerous, which is perfect for fiction.
What’s it like balancing family, writing, and promotion of your debut novel?
Oh, you know, it’s a breeze.  I get up before sunrise and churn out thousands of words before my 5K run and do some afternoon social media postings and blogs, etc., as I cook a gourmet dinner for my family every night.
Just kidding!  (Although that’s the actual schedule of a writer-friend of mine who’s on her sixth book).  My life?  Every day is a triage situation.
I write during the day, mostly when my family is at work or school, but the work often bleeds over into the evening hours.  I’m lucky that we’re all supportive of each other’s work and studies and activities, etc.  When they see me at the desk (like now), they know to approach slowly, quietly, until I lift my head and make eye contact.  Sometimes, if I’m deep in a scene, I wear big blue Bose headphones, so they know it’s dangerous to approach. 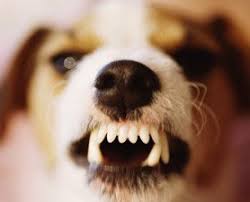 Other times, I just growl.
I don’t remember anything about the month before and after the launch, except we kept running out of clean towels.  Finally, I ordered a dozen more towels.
For the next book launch, I’ll make sure we’re stocked up on socks, too. (Excellent planning and foresight)
Tell us about your writing process.
I’m still figuring it out.  THE CUTAWAY was written on pure adrenaline.  Like most debut novelists, I had no idea what I was doing, only that I had to get some of the awful news stories out of my head and onto a page, in some form.  Book Two is entirely different.  I’m more relaxed.  I know I can finish a book, and I know what the book needs, although the big fight now is to meet deadline.
So, I tried this:  I wrote an incredibly bad first draft as quickly as I could to feel the form of the novel and see the characters and how they interacted and where the beats are and how it all ends.  Now that I have an ending, I know what I need, and can write the scenes.
Knock on wood.  This feels like it’s working. (Fingers crossed for you!)
How has news coverage of politics in Washington DC changed over the years?
This is a great question, but two things:  I haven’t worked in television since the Obama administration, so I’m not in the muck of news now.  Also, it appears that the ground is still shifting, and everything still changing, and hard to say, day-to-day, what anyone will face when they hoist a camera over their shoulder.  It seems like anything can happen.  Who knows?
There was always gamesmanship in the way the press and official Washington dealt with each other, but recently, the relationship has become surprisingly antagonistic.  Basic facts have become a point of debate, which is sort of crazy, if you ask me.
Public information generally provided by government institutions (under the law) is harder to access, if at all, and a lot of the information that is released often has a fog of war feel to it. Quite a bit of misdirection, spin, and dishonesty, from what I can see.  This makes newsgathering a free for all of leaks, which results in government countermeasures against leaks, and networks and newspapers digging in and pushing harder.
But look, there are still very good people on both sides—government and press—that care about their work and our country, and the good journalists will do their job, despite the obstacles.  They have to.  For many of them, their job is who they are. (Great point. I think we forget this sometimes.)
The Cutaway has been out since March, what has been the biggest surprise launching your first novel?
The voice of the main character, Virginia Knightly, had been so loud in my head for so long, I felt so attached.  Like I could never leave her.  I was so obsessed with her voice and her life and her loves and hates and all the terrible plot points I threw at her.  But now, I’ve forgotten it all.  I might write about the book in a blog, or talk about her at events, but it’s all very distant to me.  Her voice is gone, too.  These new characters are taking up my full bandwidth.
What are you working on now?
Another standalone that takes place in present-day DC, this time of a young woman who’s been accused of a crime she says she didn’t commit.  Same world of story with police, lawyers and politicians, journalists, etc.  That’s my playground, I suppose.

Final words of wisdom:
When you’re alone in a room writing that difficult manuscript:  The first couple of times through the manuscript takes grit in search of a little flow, and honestly, you’re going to have to depend on grit more than flow.
Once you publish:  Know that your book is neither as good or as bad as anyone says, and in many ways, approval and criticism are both beside the point.  That book’s already written.  Nothing you can do now.  The real goal is to create a body of work.   To do that, work hard every day.
Thanks for hanging out with me on my blog, Christina. Hope to see you soon!