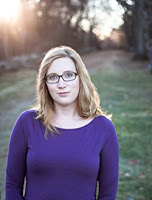 Jacquelyn Benson has always known who she wanted to be when she grew up: Indiana Jones. But since real archaeology involves far more cataloguing pot shards and digging through muck than diving out of airplanes and battling Nazis, she decided to devote herself to shamelessly making things up instead.
Jacquelyn studied anthropology in Belfast, Northern Ireland and married a man from Dublin, New Hampshire. She wrote a thesis on paranormal investigators and spent four years living in a museum. When not writing, you may find her turning flowers into wine, herding her unruly offspring, or hiding under a blanket devouring genre fiction. THESMOKE HUNTER is her first novel
You can learn more about Jacquelyn on social media, click on the links below:
Facebook                        Twitter                      Pinterest                       Instagram
THE INTERVIEW
You are now a novelist, but you also work as a playwright. How did you get involved with theater? And what made you jump (no pun intended) over to writing a novel?

Playwriting was really a lark for me. I went to a local theater for the first time in years, saw a fantastic original show and met the writer (the charming and talented G. Matthew Gaskell, now a dear friend). I had one of those, “Hell, I can do this” moments and dove in.
My approach has always been a little different – probably because before I started my first script, the only plays I’d ever read had been written by Bill Shakespeare. I write thrillers for the stage, for one thing, and as it turns out, those are rather rare birds. My shows all take place in real time. There are no scene changes, no breaks besides the intermission. I believe that the power of thriller as a genre on stage lies in grabbing that live audience and dragging them hell-for-leather through this incredibly intense experience. Stopping to jump around in time or change locations breaks that tension. I’m actually surprised that more thriller writers don’t play around on stage. It’s such a perfect venue for what we do. (Now I really want to see one of your plays!)
How did you end up living in a museum for four years? What was that like?

The museum in question is the lovely Hamilton House, a historic building in South Berwick, Maine. The place is only open in summers for tours, and the rest of the year, caretakers who live in one of the outbuildings on the site look after the place. My husband and I got the gig from a friend and spent a few years there on the banks of the Salmon Falls river, making sure everything was holding up through the off-season and chasing away the occasional squirrel.
Your first novel, The Smoke Hunter, is a historical mystery, which starts in London and moves to Central America. What drew you to that time period and those places?

I love the late Victorian / Edwardian era. It’s a time of such transition in technology, morality, social structures, geopolitical balance…. You’re at the cusp of the modern world, the one we all recognize, but there was still so much unknown. There were empty spaces on those maps waiting to be filled in. Archaeology was more or less a new science, with all the mysteries of our past potentially at play. For women, too, it was a time of so much change and so many challenges.
As for London, I’m an unapologetic anglophile and absolutely love that city. British Honduras, on the other hand, was terra incognita for me. But it made sense as a location for the story I wanted to tell, and I quickly developed a fascination with it. I’ve never been, though, so a trip to Belize is definitely on the agenda at some point.
You went to school in Ireland. Did your time overseas have an impact on you as a writer?

I studied Anthropology at Queen’s University of Belfast, and the anthropological mindset definitely informed my writing. It’s a discipline that teaches you an awareness of your own assumptions, biases—all the things you take for granted about the way the world works. Writing historical fiction is really an expedition into a different culture. You can’t just imprint your own experience onto the past.
Tell us about your writing process.

Ah, process! I’m a total nerd for it. I have a theory that “writer’s block” is actually a myth—that it’s really a symptom of applying the wrong process. Look, writers are all very different, and different things work for each of us when it comes to constructing a story. That means there are a lot of tools out there you can put into your toolbox. If you get stuck, it probably means you’ve got the wrong tool in your hand—one that you, personally, don’t jive with.
Writing The Smoke Hunter, as my first book, was as much about discovering my process as it was anything else. I started that story using the “flying by the seat of my pants” method and it was hell. I’ve since learned that I am a nitty-gritty, down-to-the-last-detail plotter. Even worse, I am a plotter who loves charts and systems and structures. When I approach constructing a story like an engineer would tackle designing a bridge, I never experience block. But for someone else, that method would be the death of inspiration.
So there’s my big piece of advice to writers: if you’re feeling stuck or stalled or frustrated, it’s probably time to approach your beast from a different angle. Get out there and do some reading about different techniques and start experimenting. You will absolutely know what’s right for you because suddenly the joy will come back into it again. (Great advice!)
What are you working on now?

Oh, I have a few things up my sleeve… dabbling in ancient Celtic religion, the Roman invasion of Britain, reading up on Akhenaten and the history of China… We’ll see what ends up getting the green light, and in the meantime I’ll keep making a mess in my sandbox.
Final words of wisdom

Writing a novel is an insane undertaking. It’s like juggling knives, flaming sticks and a live ferret all while balancing on a beach ball. If you let yourself think about everything you have to do in order to get to that final chapter, you’ll crawl under your desk and start sobbing.
So don’t. Make like Lao Tzu. Getting anywhere happens one little step at a time—and one step is easy, right? Break down writing that book into manageable pieces, whatever your process might be. Just write that next paragraph, or solve that problem in one little corner of your outline. If part of the endeavor is threatening to choke you, chop it up into even smaller bits. Then keep trucking through and one glorious day you’ll be able to step back from your keyboard with a goddamned novel shimmering on the screen.
And when that fails, there’s always wine. 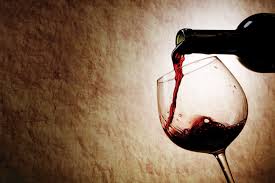