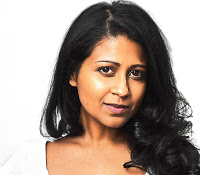 This week we get to visit with ITW Debut Author Sheena Kamal. Sheena was born in the Caribbean and immigrated to Canada as a child. She holds an HBA in political science from the University of Toronto, and was awarded a TD Canada Trust scholarship for community leadership and activism around the issue of homelessness. Kamal has also worked as a crime and investigative journalism researcher for the film and television industry— academic knowledge and experience that inspired this debut novel. She lives in Vancouver, Canada. Eyes Like Mine (and The Lost Ones) is her first novel. Read below to find out how that works with two books!
THE INTERVIEW
You have worked as a crime and investigative journalism researcher for film and television. What did that entail?
I did information searches and wrote briefs for the producers of a crime drama series. It sounds quite dry but there was quite a bit of creativity involved because my research questions had to do with moving a narrative element of the show forward. In a way, it taught me how to do research for my own writing. It’s very easy to get bogged down in the minutia but the pacing of television doesn’t allow for lingering. So you get the information, plug it in and move forward. It’s about what serves the story. I’ve found this to be a very valuable tool in my own writing. (Research can be so important for fiction writers and it’s hard not to include every interesting detail — this is great advice about not lingering!)
How long did it take you to write Eyes Like Mine? Was it your first novel? Or the first novel you had published?

Eyes Like Mine is my first novel and, after moving to Vancouver to work on the book, it took me about eight months to get a solid draft on the page. It went through a few edits after that, but I was possessed by a certain kind of urgency initially so the story seemed to come along in a very short period of time.
Tell us about your writing process:
I write in the mornings, edit or research in the afternoon and read for pleasure in the evening. I curse at my screen throughout the day, doesn’t matter what time.
You have two books out in one year, Eyes Like Mine, your debut novel, and The Lost Ones, which comes out July 25. What was it like to go from unpublished, to published novelist with two titles under your belt?

It’s like cheating, seeing as how it’s really just one book. One thing I didn’t know going into this process is how drastically the title of your book can change. My U.K. publisher (Bonnier Zaffre) loved the title Eyes Like Mine and my U.S. publisher (William Morrow) loved The Lost Ones. I’m fond of both titles, but neither of was what the manuscript was called originally. I was unable to convince either side to change their minds, so I’ve got the two! But it has been an interesting experience, seeing how the same book is presented and marketed in two vastly different ways. (I’m glad to say I’m not the only who has made that mistake. I’m curious if anyone has a preference on the name – I love them both, though Eyes Like Mine may suit the story better)
Born in the Caribbean and raised in Canada, how do you think your international background impacts you as a writer? (Love Vancouver. I live east of Seattle and I get up to that area once in awhile. Beautiful!)
Next time you’re in town, hit me up! (I will!)
I’m not sure how my international background impacts me as a writer– that may require some serious self-reflection. The beautiful thing about writing fiction is that it really boils down to your imagination. Your imagination can cross borders that your physical body couldn’t even get the visa for. My experiences have informed who I am as a person and that naturally bleeds into my writing, but at the end of the day, I’m like every writer out there. Staring at the page. Wanting the story to write itself so that I can take a nap.
What are you working on now?
I’m working on edits for the second book of the series, tentatively titled All Falls Down, and I’m in the planning stages for book three. I also write short stories to keep me sharp, so I always have a few of those on the go. 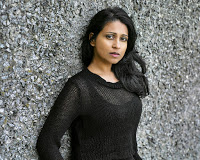 Final Words of Wisdom:
I’ve developed some very unhealthy habits over the years, but one that keeps coming back to haunt me is that I need to write every day. I must do it, or else I’m unhappy. It has helped me career-wise, though, because no matter where I am in the world, in my life, in my head– I write. Something. Sometimes not even even fiction. Being a debut can be scary at times, but this is how I hold my head up as a writer.