Novelist and Short Story Author, Simon Maltman, on what it takes to Get Published! 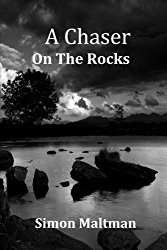 This week I’m thrilled to have ITW Debut Author Simon Maltman on to talk about the experience of shifting from short story author to novelist. Plus one of the funnest author pics I’ve had on my blog!
Simon Maltman is a writer and musician from Northern Ireland. A Chaser on the Rocks is his debut novel after previously having crime fiction short stories featured in a number of magazines and anthologies. He has also had poetry and articles published in a range of magazines. Simon has self-published a number of crime fiction e-books over the last year.
More Faces is a collection of twelve of his shorts, released this month. Simon was also featured in the anthology Dark Minds, which has been a bestselling ebook and paperback around the world.
Simon is an established musician, along with his current band The Hung Jury. He lives in County Down with his wife and two daughters.
You can find and follow Simon:
Facebook.com/Simonmaltmancrimefiction
Twitter @simonmaltman
THE INTERVIEW
Your previous work has been in short stories, what prompted you to write a novel? How did the process differ or was it the same process, just more pages? 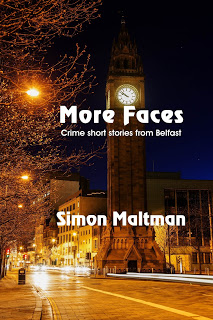 I suppose I had originally started writing the first novel after it being suggested to me by an agent. The idea had always daunted me! I did enjoy the process and it was definitely a challenge. The difference I think was that you have to alter slightly the way you write. I suppose it’s bit like the technique between a sprinter and marathon runner. The other thing was that it gave the opportunity to explore a lot more. I was able to reference many more things, look at different themes and hopefully create deeper characters and story.
I’ve been told a short story is about a problem and a novel is about the effect of time on a problem. How would you describe the difference between the two?
Yeah that’s an interesting way of looking at it! I tend to write short stories like short novels, but I also enjoy other writers who create their short stories, more to be a sucker punch or a sting in the tale build up. I personally enjoy writing novels and shorts and writing a novel definitely stretches me a lot more.
Has parenthood changed you as a writer? Or how you see the world?
It changes everything haha! I started writing stories just before my first child came along, and it was to kind of find another hobby that didn’t take up masses of time the way music had done.  I think everything to do with having children is great life experience and in general I’m glad I’ve started properly to get into writing in my thirties. I don’t think I could have done it before.
What advice would you give for a writer who would like to have their short stories published? 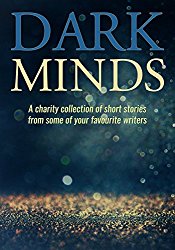 The main thing is to have a really good draft to begin with. I also think it’s important to realise that you have to cast a wide net in all areas (searching for publishers, agents, reviewers etc.) and that 95% will be rejection.  You just have to keep at it.
How did you find your publisher?
I submitted to a number and had a few offers. Also plenty of rejection! I really liked Solstice and they have been brilliant. They have published my novel and short story collection.
What are you working on now?
My short story collection was just released on 23rd March, so I’m busy with lots of the promotional side. I’ve also just finished the first draft of my second novel and I’m redrafting that at the moment too. 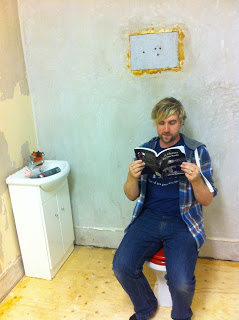 Final Words of Wisdom:
All writers get rejected, but only those who keep at it, will become authors!
Thanks for visiting Simon! Great to have you on my blog.