This weekend I’m excited to spend time with ITW Debut Author, Lili Wright. Her work has appeared in The New York Times, Newsweek, Down East, The Cincinnati Review, The Normal School, Cream City Review, and many other publications.
She has lived a year in Paris, a year in Italy, and two years in Mexico—and now mixes all three languages together. When not traveling, she teaches English at DePauw University in Greencastle, Indiana, where she lives with her family in a yellow Victorian house that always needs repair.
THE INTERVIEW

Your debut novel is gaining tremendous critical acclaim, including an Edgar Award nomination and an acquisition by Hollywood for a potential film. How long did you work on this book? Was it your first novel? or the first novel you had published? 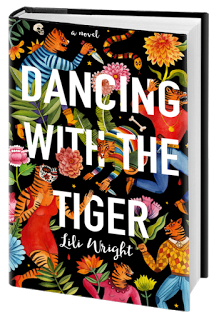 Dancing with the Tiger took me six years to write. It’s my first novel, my second book. My first book was a travel memoir called Learning to Float. The novel took a long time because I’d never written fiction before and had no idea what I was doing. I just sat down and started writing.

Interestingly, my first sentences are still in the book, though many pages, characters, and scenes wound up in the trash. I had bank robbers. Gone. I had different villains. Gone. I learned about plotting the hard way: trial and error. That said, once I met my amazing agent, Molly Friedrich, things moved quickly. Two months after my initial query letter, she sold the book.
This novel transcends genre, crossing between literary and thriller, plus it uses multiple points of view. What made you tackle such a complex novel? How did you arrive at your style?
My greatest fear is that I will be boring. Any sin, but that, so I like to have a lot of balls in the air. Also, I’ve always loved stories where you meet an odd set of characters whose storylines converge. Dancing with the Tiger is told from three principle POVS, although other characters make cameos—from a drug lord to the Angel of Death to a pack of wild dogs. 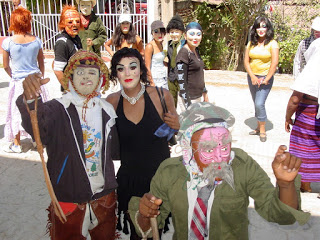 At first, I thought I would never be able to write from the perspective of a Mexican gardener or a meth addict, for example. But, gradually, I gained confidence. I attended a Robert McKee screenwriting seminar, where he said fictional characters are comprised of one third you, one third people you know, and one third pure imagination. This helped a lot. Once I understood I had to be all the characters, I could imagine—if I were a meth addict, what would I think or say or feel? As for my writing style, I’ve been writing for 30 years so I guess I have a style, but it’s like breathing now. Or walking. (Great advice from Robert McKee!)
You have traveled extensively and lived in France, Italy, and Mexico. How has your worldwide adventuring impacted your writing? 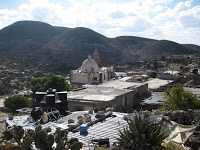 I consider myself first and foremost a travel writer. Setting is always enormously important, a character, in my stories and essays. My protagonists are usually running away from their troubles and themselves. I like playing with foreign languages, finding humor in cultural differences, and highlighting the loneliness and joy of being away from home. When you’re in a new place, you pay attention. Your senses run on overdrive. When traveling, I take notes. I watch and listen and think. My daily routine rarely affords such luxuries.
When you’re not traveling and writing, you teach English at DePauw University in Indiana, how does your teaching inform your writing and your writing inform your teaching?
It’s a symbiotic relationship. I use lessons I’ve learned as a writer in the classroom. War stories, if you will. Or insights. Teaching also keeps me reading great works of literature. We close read and study why certain passages are effective. Students often notice things in texts that help me see them in a new light. You don’t really know something until either you write about it or teach it. Both force you to achieve absolute clarity.
You are an experienced writer, but a debut novelist, what has been the biggest surprise about having your first novel out?
I feel as though I have joined a national conversation or have walked onto a larger stage—The Edgar nomination, the movie option, a full-page review in The New York Times, joining groups such as MysteryWriters of America and International Thriller Writers. This vast network of writers inspires me to press on. Where’s the next book? everyone asks. Writing a novel makes you a novelist. Duh. But this new title feels like an honor I have to live up to by writing a better book next time.
What are you working on now? 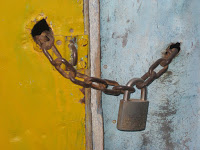 See? There you go. That question! I am beginning a novel set in Italy about a woman who goes on a double quest—to solve a crime and find God. I don’t like talking about it much. I don’t want to jinx myself or have it get stale. (But you knew I had to ask, right?!)
Final Words of Wisdom:
God is in the details.My former newspaper editor used to say this and I love the idea. My own version: Everything is interesting if you get close enough. Another version: Get the dog’s name. I learned that as a tabloid reporter. Lord help you if you forgot to ask. Luckily, with fiction, you can always make it up!
Thank you for joining us Lili! We’ll leave you to writing that second book … and working on that fantastic yellow house! 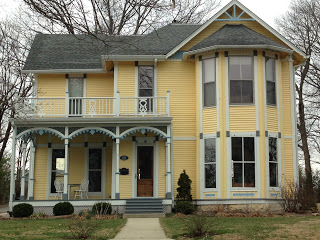