KJ Howe talks about ThrillerFest, Lee Child, Steve Berry, and David Morrell … plus she hangs out with Elephants!

author, David Morrell, international thriller writers, ITW debut author program, kidnap negotiator, KJ Howe, lee child, novelist, Steve Berry, The Freedom Broker, thriller, thrillerfest 12 Feb 17
Welcome back to my blog series introducing authors from the International Thriller Writers‘ Debut Authors Program. This week I’m thrilled to introduce an author who also plays an important role with ITW. KJ is not just a fabulous author, she’s also the Executive Director of ThrillerFest – one of the most important writers cons in the country for mystery and thriller authors and readers. Thank you, KJ, so glad you could join me!
First let’s introduce people to you and your debut novel: 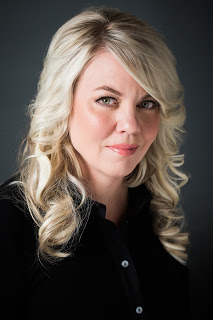 KJ Howe was born in Toronto, Canada, KJ enjoyed a nomadic lifestyle during her early years, living in Africa, the Middle East, Europe, and the Caribbean, which gave her an insider’s view into many different cultures. While abroad, she read every book she could find, which triggered in her a desire to create her own stories.
KJ’s first novel is THE FREEDOM BROKER, book one in a series about a kick-ass, kidnap negotiator named Thea Paris.
Thea suffers from Type 1 Diabetes.  Since insulin isn’t readily available in some of the hotspots she works in, she must prepare carefully for her travels.  Life with T1 diabetes isn’t easy, but she refuses to let the condition get in the way of her calling. 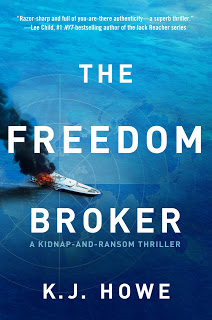 “Razor sharp and full of you-are-there authenticity—a superb thriller.”  #1 NYT Bestseller Lee Child
“Non-stop suspense, commanding attention from the start and never letting go…a must for thriller fans.” Booklist, Starred Review
“She’s tough. She’s smart. She’s diabetic. The best scene involves bungee jumping over the Zambezi River. It’s worth the price of the book. A spectacular start to what promises to be a great Thea Paris series.” Kirkus, Starred Review
The Interview
Your first novel, “The Freedom Broker” is a fast-paced Thriller about hostage rescue. How did you learn to write such tense, tight, dynamic prose?
Thanks for your kind compliment.  Still loads to learn when it comes to writing, that’s for sure.  I’ve always tended towards lean prose, perhaps because I’m a former medical writer, and I’ve had to write articles with precise word counts.  I’m an advocate of powerful verbs and short sentences, keeping words to an essential minimum.  I’ve also been fortunate to study with some phenomenal authors, including David Morrell, Steve Berry, and Lee Child, who have taught me the value of making every word earn its place. The succinct but invaluable advice I got from Steve, “write tight” is always at the forefront of my mind when I am working on a book.  And I hope to keep improving my prose as I write future novels in THE FREEDOM BROKER series. (Steve Berry is a wonderful supporter of up and coming writers and debut authors. Thank you Steve!)
Both you and your protagonist, Thea Paris, are adventurous, travel the world, and enjoy challenging experiences. In what other ways are you similar and where do your personalities diverge? 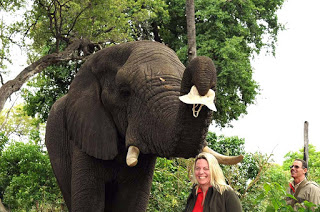 Great question.  As a writer, it’s impossible not to inject yourself into your character, but it’s also wonderful that you can diverge and make things up as well.  Both Thea and I have had international upbringings.  I lived in many places growing up, including Africa, the Middle East, the Caribbean, and Europe.  I wanted to share that experience via Thea, as I really enjoyed the international experience.
Thea loves sports, and so do I.  We both adore adrenaline as well.  In kidnap negotiations, it’s important to understand human behavior, so that’s another area Thea and I are both fascinated by.  As far as differences, she is vigilant and finds it hard to trust whereas I tend to be more open.  But to be fair, she has good reason to be suspicious of others.  And Thea speaks seven languages, whereas I’m comfortable in English, passable in French, and know a smattering of phrases in other languages that get me by.  And, let’s face it, she is way more badass than I could ever hope to be!
In addition to being a writer, you are the executive director of Thrillerfest, the International Thriller Writers’ annual conference. How has that experience impacted you as a writer? What draws you to not only being a writer, but supporting others in their writing careers?
I feel incredibly fortunate to be part of ITW.  It’s a special organization, as our members are supportive, positive and always there to advise and assist.  I have been the recipient of this special magic, and I’m eternally grateful for it.  If you’re an aspiring writer, please join ITW.  You won’t regret it.  We are proud to be celebrating our 500thdebut author this coming July at ThrillerFest, and we hope to keep building on that number.
I’m passionate about helping others realize their dreams as others have helped me realize mine.  Being the executive director means I get to meet a lot of wonderful people, and I truly love to help any way I can.  Let’s get your name on the front of a book.
You chose to give your protagonist a serious medical condition, Type 1 diabetes, as something she has to juggle along with her often life-threatening career choice. What led you to that decision for her? And how does it impact Thea as a character?
I’m a former medical writer, and I’ve written about diabetes for years.  My grandfather had diabetes and watching him inject himself and having him explain to me what he was doing left indelible memories.  Over 29 million people in the US, and 371 million worldwide, have this illness, and I hope to bring awareness about it so we can help keep people healthy and hopefully find a cure.
Without insulin, Thea would die.  This creates inherent conflict for her and the story.  She travels to the globe’s hotspots where medicine and supplies aren’t always easily available.  Being prepared is key.  She also keeps her illness a secret, as she worries about her team’s reaction because they go through intense physical demands while on a mission.  But as you’ll see in THE FREEDOM BROKER, Thea’s secret will be revealed.
I also wanted to show that Thea may have diabetes, but she is not defined by her illness.  She is an independent, intelligent, and active woman who loves adrenaline and action.  Diabetes is not going to get in the way of her passion to bring hostages back home.  I’m deeply grateful to two lovely ladies, Bethanne Strasser and Laura Rogers who helped me understand what it is like to live with type 1 diabetes as a dynamic woman.
How does a background in business impact you as a writer? 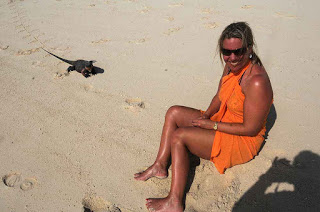 It’s critical to find ways to get the word out about your books, and my business background has been helpful, as books are wonderful products that definitely need marketing in today’s crowded milieu.  Writing is an art and a science, but when your book is completed, it’s key to switch hats and distance yourself from your novel, asking yourself what makes it fresh or different than what’s out there, and try to find a non-fiction hook that you can use to interest the media.
For example, kidnapping is an international crisis with over 40,000 reported cases every year—and it has been at the leading edge of the news, especially with ISIS kidnapping journalists.  I hope this will interest people.  In THE FREEDOM BROKER, I wanted to delve deeply into kidnapping and explore this unique and fascinating world.  I hope people will enjoy learning while they read and I also would like to create awareness about all the hostages that still need help to come back home.
Being a writer today, you have to be the master of your career, in that you need to politely reach out to others for help, work very hard at both writing the best book you can while also consistently working on the marketing aspects.  It’s tough.  Gone are the days where writers can closet themselves off and be hermits.  We need to be able to speak on the radio, appear on TV and other media, and reach out to readers face-to-face.  Perhaps the most important thing is to have fun doing it, as people will feel your joy and want to learn more about you and your book.
What are you working on now?

I’m almost finished my second book in THE FREEDOM BROKER series, and it’s called SKYJACK.  Thea Paris is shepherding two former child soldiers from Africa to their new adoptive home in London when the plane they are on is hijacked.  From the CIA, the Vatican, and the secret stay-behind armies in Italy and Austria, Thea is up against more than she first realizes…and the adventures begin. ( I just wanted to say, that’s a fantastic title. Can’t wait to read SKYJACK.)
Final Words of Wisdom:
I would recommend aspiring authors find a subject matter and character they are incredibly passionate about, as publishers particularly like series.  Choose a character you can see yourself writing for years to come.  Once you find the right milieu, embrace criticism from credible sources to become a better craftsperson and storyteller.  Never stop learning, and when you are faced with rejection, let it embolden you to work harder.
Thank you for having me on your blog, Elena.  Such a pleasure knowing you, and I really appreciate your hard work with ITW.  Thea will come help you, anytime, anywhere.

(I love having Thea on my side!
Check back soon for my interview with debut author Shaun Coen ) 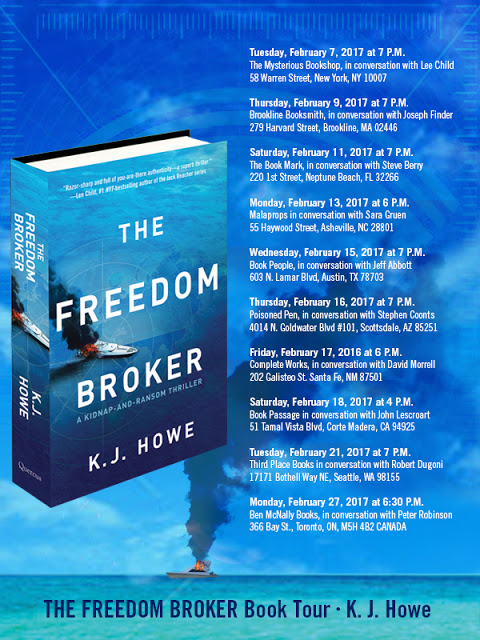