A Writer Leaves 2016 Behind

I’ve never been a fan of New Year’s Resolutions. I am a fan of “goals.” A resolution is a desire or commitment to do or not do something. A commitment to losing weight. A desire to get a new job.  A hope of not making the same mistakes one made last year. Big, vague concepts, often unrealistic.

A goal is a desire to achieve a specific outcome. It also connotes having a plan. Something actionable and concrete. That’s why I think goals are more attainable than resolutions.

Some of you are thinking, “that’s just semantics,” and I say, yes, you’re right, but semantics matter.

Words matter. Especially how you put them together, who you say them to, and your intention behind them.

We are all throwing around a lot of words these days without a lot of thought behind them. We react fast and furious, often on social media, sending words out to thousands of people. We share the “news” that turns out to be false. We get angry over things taken out of context, then have to stay in our angry place no matter what, because that justifies our reactions.

Some of this is because bad things have happened. We are afraid, and for good reason, but that doesn’t mean we have to lose our ability to take a breath, see the good, research the truth, react from logic and reason instead of anger and fear. Sometimes we’re angry over things that should anger us, but we don’t have a plan in place about where to move on from there. 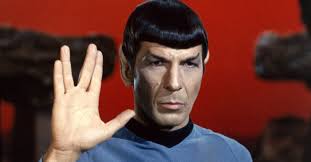 2016 has been a rough year for a lot of people. We’ve lost big name singers, actors, comedians, and writers. People who made the world better for the rest of us with their talent, drive, and ambition. Folks who risked failure, put themselves out there, and didn’t let bad reviews or unkind words stop them from achieving their goals. 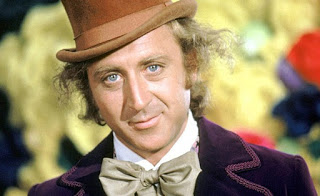 We have each also had our own personal, private tragedies. No matter who we are, we all experience failures, deaths, injuries. We lose our jobs, marriages end, our work is rejected. These things matter even more deeply than the loss of a public figure.

But alongside those events, we also have our successes. The jobs that exceed our expectations. The marriages and relationships that remain strong, the good reviews. Those who recover from illness or injury and embrace life again.

As we move into 2017, there is a lot of anxiety about the future. Which leaves us with a choice. Do we focus on the negative or acknowledge the bad without letting it overwhelm us? Do we see beauty in the world as we fight to save it? Or do we miss out on what’s still here? Do we celebrate the gains we have achieved in our lifetimes or only see the erosion?

When I think of 2016 I will remember a woman was positioned to be president for the first time in US history and won the popular vote by almost three million votes, and I will work to support women  moving forward. I will celebrate my LGBTQ friends who could marry, and continue to fight for their rights. I support refugees, immigrants, and asylum seekers who want to come to this country to work hard and build better lives for themselves and their families.

But my goal is also to go softly for a time. To contemplate the way forward. To listen, not just speak. To find the moments of Zen and beauty this world has to offer. To not get caught up solely in anger and fear, because then the bullies take my joy away and I’m not interested in letting them have that much power over me.

This isn’t everyone’s way. But for now, it’s mine.

My wish for all of you for 2017 is that you achieve your goals or at least, and this may be more important, you are able to find them. We often wish for world peace at this time of year. That’s a beautiful thought, but perhaps unrealistic today. So instead, this time, I wish for you a personal peace. A chance to find a place in your heart that is quiet. 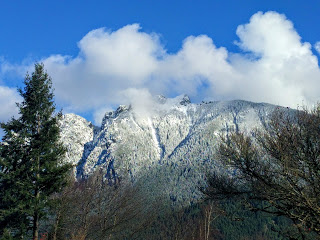 I don’t know what happens after we die, but I do know what happens during our lifetimes. We can either have a positive or a negative effect on others. We can be supportive or not. We can love fully or not. We can risk failure to achieve our heart’s goals or we can fail to try. So I’ll leave you with a few words from songwriter Tony Arata, who risked failure only to have success.

“Our lives are better left to chance, I could have missed the pain, but I’d have had to miss the dance.” –Tony Arata